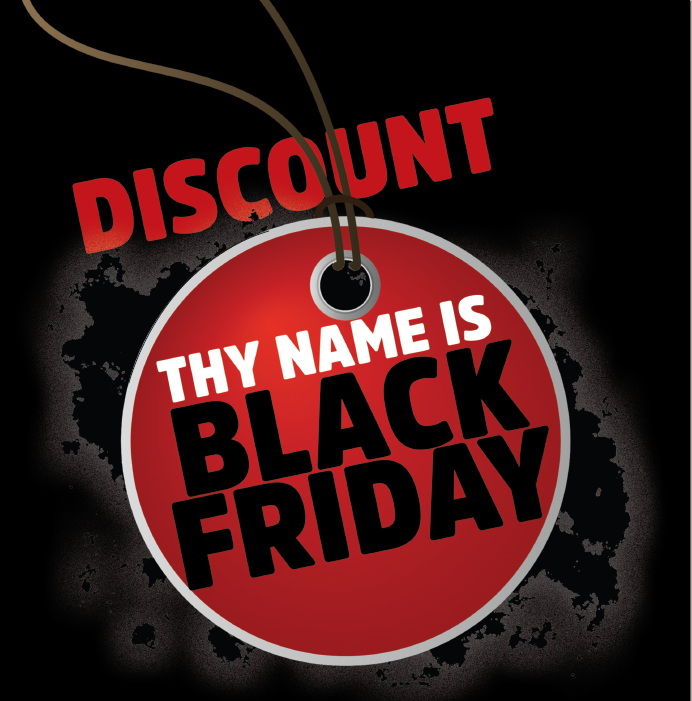 A 22-year-old bride-to-be and a student of management sciences, Samra Ejaz bought a cellphone, a microwave and an LED TV from the year’s biggest online sale on Black Friday that fell on November 26. Her order total was Rs 83,000 and she paid Rs 68,000 after discount.

She participated in the sale last year as well buying a cellphone and cosmetics worth Rs 17,000 while earning a discount of more than Rs 3,000. “Black Friday sale is my day of the year,” said Ejaz. “I waited the entire year to buy discounted appliances for my wedding.”

Ejaz is not the only one who waits for this sale. Hundreds and thousands of people benefit from the gigantic sale Black Friday has become in Pakistan only within a span of two years, finally catching up with the global trend.

“We have received more than 50,000 orders in less than 24 hours,” said Adam Dawood, Head of Yayvo.com – a famous online marketplace by TCS, the largest delivery and logistics company in Pakistan. This resulted in more than Rs 200 million in sales for the day, he added.

With two more days to go, the sale is expected to surpass all numbers from the previous year thanks to the 1.2 million new mobile broadband users added in the last one year, which has increased the buyer-base and the entry of deep pocketed online player Yayvo in the scene.

Last year, Daraz – the largest online shopping store in Pakistan, received 36,000 orders alone. It offered Rs 132 million in discounts during Black Friday sales when 1.5 million people visited its website. It catered to 55% more orders during each day of Black Friday than it normally does during a regular business day.

Former CEO of Daraz, Muneeb Maayr summed up last year’s event saying they made history during Black Friday. There were projections that this time around, the sales will be a ‘much bigger mad-rush’.

“This year the sale will be much larger. We expect three times more transactions than the last year,” said Omer Moeen Malik, Head of Strategy at EasyPay – one of the largest payment gateways in Pakistan and payment partner of Daraz.  As Profit starts receiving sales figures from different players, it turns out this year’s sales were certainly bigger. EasyPay revealed to Profit that it received double the orders it did last year in the first 18 hours of the sale.

More astonishing so, not only people from metro cities are a zealous part of the sale but those from tier two cities are participating with as much vigor. Out of the 50,000 orders that Yayvo.com received, 16% are from Multan, Faisalabad, Gujranwala, Hyderabad, Peshawar and Sialkot and 23% from tier 3 cities.

However, no matter how big the sale, one cannot ignore the gaffes online merchants made during the sale.

The website of Homeshopping went down as the clock struck midnight. The iOS app of Daraz also crashed during the first few hours of the sale. In many cases, the websites took ages to load due to immense traffic as the buyers tried to get their hands on the best possible deals.

Moreover, very few products had discounts up to 50%, as marketed by the platforms. Other discounts ranged between 10% to 20%, even on low priced products. Sought after brands like Apple, Samsung, HP etc. were available on lower discounts. On the flip side, larger discounts were provided on cheaper brands like Infinix, Danny etc.

“Black Friday seemed more like a clearance sale than an actual discount festival,” said TechJuice in its recent article.

Furthermore, users have complained that many platforms have inflated prices to portray greater discounts. For example, the price of a certain top was increased for the buyer to see and then brought back to the original price using discounts.

But despite the glitches, Black Friday, hands down is the largest sale of the year.

This is enough proof that the dynamics of the Pakistani market are changing. The ecommerce market of Pakistan is ever-evolving and so is the knowledge base of people. With new players jumping into the business and existing players expanding, the ecommerce scene in Pakistan is growing each day.

Not only that, ecommerce giants are playing significant role in creating more awareness among the masses by marketing heavily, both offline and online. Whether it is through social media posts or Google ads, or even hoardings, they’ve remembered to reach out to the audience in all possible ways. The massive discounts are a cherry on the cake.

Likewise, the changing trend of e-transactions cannot be ruled out either. Pakistan is a cash-based economy, and hence its e-commerce industry structurally differs from developed countries.

“97 percent of our economic transactions are cash-on-delivery,” says Mirza of EatOye, an online food ordering portal operating out of Karachi. However, with payment solutions like JazzCash and EasyPay gaining popularity, more people are embracing etransactions. EasyPay handled almost one third or 12,000 of the Black Friday transactions of Daraz last year and this year it crossed its expectations of doubling the number in less than the first 24 hours of the sale.

JazzCash, on the other hand, handled up to 45% of the total transactions on Yayvo.com during the first day of the sale.

“JazzCash is using its economic muscle to provide discounts to its customers,” said Syed Jaffer Abbas Shirazi, Manager Corporate Payments Mobile Financial Services at Mobilink (JazzCash). “We’re doing this to create awareness among people. Ecommerce in Pakistan can be made much stronger if e-payment solutions are common among people.”

Currently, Pakistan’s ecommerce market stands at $600 million, according to numbers revealed by Yayvo and Eatoye. However, some experts believe that the worth of the market is $300 million – staggering growth from last year’s estimates of $100 million. Furthermore, market gurus have hopes for a brighter future, as they predict the market to surpass $1 billion by 2020.