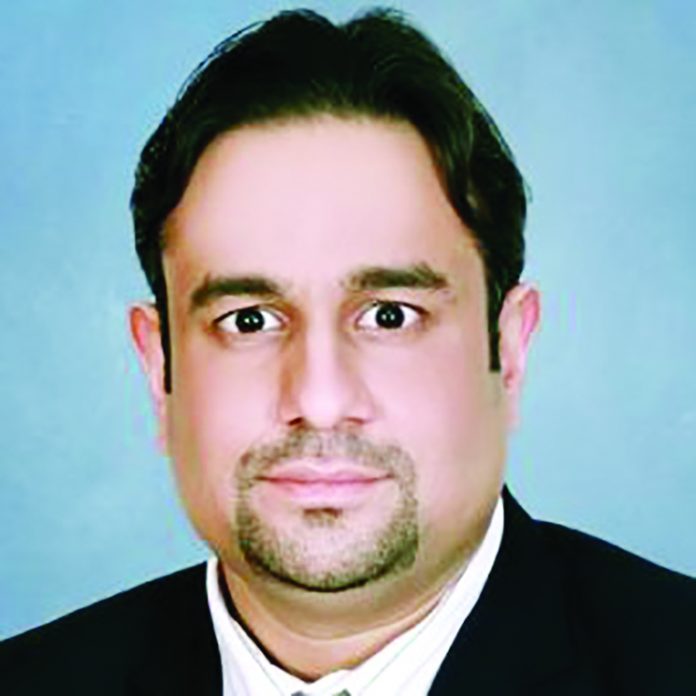 Exchange rate management is considered as one of the most critical aspects of economic policymaking, particularly in countries that are vulnerable to balance of payment crises.

An overvalued exchange rate tends to limit the growth of exports as domestically produced goods become uncompetitive relative to foreign goods. An overvalued exchange rate also results in an increase in dependence on imports and widens the trade deficit. The lack of industrialization within Pakistan has limited the development of local inputs that can compete in either quality or cost efficiency against foreign inputs. Therefore, prudent exchange rate management along with good industrial policies are necessary to reduce the trade deficit.

The State Bank of Pakistan reported the real effective exchange rate (REER) for the Pakistani rupee (base year = 2010), in October 2016 to beat 124. The month-to-month change in October 2016 was 1.74%, which was the highest since January 2015. The REER is the weighted average, adjusted for inflation of the domestic currency relative to the currency of major trading partners. A higher REER suggests that domestically produced goods are likely to be expensive relative to foreign goods. The increasing REER widens the trade deficit as Pakistani consumers are likely to prefer the imported varieties and the exporters face a fall in their competitiveness against foreign competitors.

The stability of the currency may be measured by the spread between the interbank foreign exchange rate and the open market foreign exchange rate for the US Dollar. This spread is likely when the interbank exchange rate is not allowed to adjust to the changes in demand and supply of US Dollars in the Pakistani foreign currency market. As almost all major currencies have depreciated against the US Dollar recently, the resistance of the government to depreciate the Pakistani rupee is likely to result in the rupee becoming more vulnerable to unpredictability in the exchange rate.

The overvalued exchange rate may be counterproductive for exporters who earn thin profit margins. The government must promote exports in industries that are less sensitive to price changes. Currently, the exports from Pakistan are primarily limited to agricultural commodities, textiles and leather, and food products. Unfortunately, the global prices of such products have witnessed a downward trend in the past couple of years. Therefore, as prices tend to fall, the margins of exporters shrink. This is reflected in the widening of the trade deficit.

Although, the lowering of oil prices has shifted the import composition towards capital goods, any improvement in productivity levels of local manufacturers is not being reflected in the growth rate of exports. Additionally, the trade deficit worsens when imported inputs are consumed domestically rather than converted to exportable products. A higher REER may substitute away from domestically produced inputs towards foreign inputs.

An overvalued exchange rate increases the value of domestic assets vis-à-vis foreign currencies. The value of domestic assets in dollar terms owned by firms within Pakistan will likely be inflated. Similarly, it may benefit firms who seek to expand their business to newer markets as it dampens the fixed and sunk costs associated with business expansion in foreign trading partners. However, in order for such investments to be successful, viable trade and industrial policies must be pursued to promote export growth.

For instance, free trade agreements must be sought to not only lower the costs of imports from major markets but also increase the presence of exporters in those markets. The government must ensure that the barriers to trade faced by exporters are reduced. Access to export markets must be enhanced by strengthening the trade missions abroad. It is crucial that Pakistan develops a strategy to diversify the range of goods exported, particularly as Pakistan is losing competitiveness in its major export sectors.

The industrial policy must be designed so that it is not geared towards picking a few ‘winners’ from selected industries, but rather target a wide range of industries and products. Creative entrepreneurship should be promoted in order to diversify the range of products exported. The diversification of exports may allow for better adjustment to volatility in global demand of products exported by Pakistan. The success of the industrial and trade policies will be gauged not only by the bolstering of the manufacturing sector but by ultimately reversing the declining trend in exports.

Aadil Nakhoda is an assistant professor at the Institute of Business Administration, Karachi and a research fellow at the Centre for Business and Economic Research. He has a PhD in International Economics and specializes in the field of international trade.