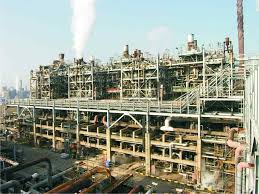 In an unprecedented development to boost up economy, Pakistan is all set to build country’s first ever Naphtha cracker complex (NCC), a state of the art “grand infrastructure” to change petrochemical raw substances into value-added products ranging from construction, home décor, appliances, furniture, medical care, paints, cleaning stuff and top of them military gadgets.

At present, Pakistan has to buy all petrochemical feedstock from international market that takes a heavy toll on import bill and prices of long range of items used by chemical industry, the mainstay of trade and manufacturing business and as well people in their daily routine. Naphtha cracker complex will revolutionise industrial landscape.

The game-changing development came after an 18-member delegation of Pakistan Chemical Manufacturing Association (PCMA) met recently with Federal Minister for Planning, Development and Reforms Ahsan Iqbal in his office, Islamabad, where naphtha complex was announced to be built up to catalyse economic progress.

Acknowledging naphtha cracker complex as a strategic need, the minister suggested for a feasibility report by the PCMA and viable business plan in consultation with market experts and technologists to help the ministry in making it a reality.

NCC will have an impactful role in all industrial zones to be placed along the route of China Pakistan Economic Corridor (CPEC), it was said in the meeting.

The meeting said that planning commission would soon call for a round table conference to promote Industry-academia linkages in creating “Knowledge Economy” by involving the PCMA and all the heads of chemical/ chemistry departments of major universities including HEC from February 15 to February 20.

Meeting also decided that the PCMA will carve out 10 years plan as pragmatic roadmap for the chemical industry.