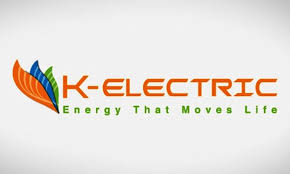 Karachi Electric has initiated construction of Port Qasim Grid Station along with 220 KV double circuit transmission lines with an estimated investment of $ 71 million. The ground breaking of 220KV Port Qasim grid station, which spreads over an area of 11 acres, was performed by K-Electric Chief Generation & Transmission Officer Dale Sinkler on Thursday.

The grid station is expected to commence commercial operations by Q1, 2019 and is a part of $ 450 million project TP-1000 (Transmission Enhancement Plan).

On this occasion, Dale Sinkler said, “The Port Qasim grid station is the heart of TP-1000. It will help enhance the capacity and stability of KE’s transmission network by exclusively dispatching 1,150 MW of electricity thus further enhancing reliability of power supply across our network.”

The development work of TP-1000 is also progressing on a fast track. Besides the Port Qasim grid station, ground breaking of 3 grid stations namely Old Golimar, Labor Square and Shadman has also been carried out. Moreover, efficiency expansion of existing grid stations is also underway.

K-Electric through TP-1000 will add 7 new grid stations comprising 220KV and 132KV network, bay extensions, 6 new auto transformers, efficiency expansion plan for 21 existing grid stations which will also include addition of 30 power transformers and more than 400 new 11 KV feeders to cater to the growing demands of the city. Ten new 220 KV and 132 KV double and single circuit transmission lines of approximately 130 km would also be laid out whereas 3 existing 220 KV and 132 KV transmission circuits would be rehabilitated to increase the power carrying capacity and reliability.

An additional disaster recovery center for SCADA telecommunication is to be connected which would help cope with emergency situations and reducing response time and fault rectification, whereas new transmission lines, circuits and grids would help decrease the fault ratio and increase reliability and supply of electricity.

K-Electric is committed to ensure provision of affordable and reliable energy solutions to its consumers; since 2009 the utility has invested $1.2 billion and added 1037 megawatt added in its generation capacity. The continuous stream of investment from KE has further strengthened the power infrastructure and reinforces its long-term commitment to serve the people of Karachi.