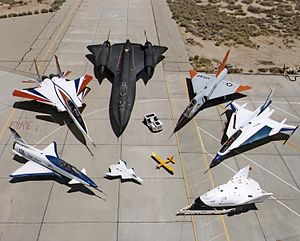 After an offer received from Pakistan Aerospace Complex (PAC) for developing parts for air crafts, the local automotive parts and accessories manufacturers have formed a group of companies to materialise the offer.

Talking to Pakistan Today, Chairman Pakistan Association of Automotive Parts and Accessories Manufacturers (PAAPAM) Mashhood Ali Khan said that a group of companies, formed after consultation with defence officials, was looking into the issue at an advanced level and a very positive outcome is expected.

He said the group or committee of local firms was analysing the capabilities, opportunities and challenges of the new task for local parts manufacturers. The committee, which is also in consultation with the concerned defence authority, is expected to produce positive results within the next two months.

He, however, avoided sharing details of progress made so far, after the offer was received by the manufacturers in November 2016, saying that things would be clearer once the negotiation matures.

PAAPAM members had received the offer during defence exhibition, IDEAS 2016, held in Karachi last year where Chairman Pakistan Aerospace Complex, Air Marshal Arshad Malik had hosted a lunch for Pakistani Engineering Sector in which a large number of PAAPAM members were invited. The event was organised to commemorate the launch of Pakistan Aerospace Council as a platform for networking between Pakistan’s high-tech sector and its clients in Pakistan as well as the global marketplace.

Air Marshal Arshad Malik had given an overview of the excellent order book and workload of PAC Kamra and its ability to localise aircraft assemblies, required in military and trainer planes produced at PAC Kamra.  He said that Kamra valued specialist companies from the automotive sector which could take a step further into aerospace component manufacturing.

The manufacturers were informed that there are more than 2,000 aeronautics; defence and space related companies in Europe, employing 750,000 people with a turnover of 190 Billion Euros. These companies import large quantities of parts and Pakistani high-tech sector companies mentored through the CBI Export Coaching Programme are already making respectable exports to Europe.

Mr Mashood Ali Khan had also informed the meeting that several of their member companies were mature to work for the aerospace sector and expected to play their role in aircraft manufacturing and maintenance.Later, PAAPAM officials also held meetings with senior officials of Heavy Industries Taxila (HIT), informing them that many of their member companies were ready to play their roles in aircraft manufacturing and maintenance.

Later, PAAPAM officials also held meetings with senior officials of Heavy Industries Taxila (HIT), informing them that many of their member companies were ready to play their roles in aircraft manufacturing and maintenance.