No change in sale price of natural gas causes loss to SNGPL, burdens the consumers 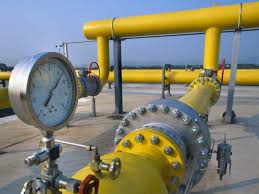 Pakistan Muslim League-Nawaz (PML-N) government has allegedly been found artificially freezing the increase in gas tariff during the past few years, which caused financial losses to Sui Northern Gas Pipelines Limited (SNGPL) and an additional burden on gas consumers.

State-owned gas utility, SNGPL has been facing severe financial constraints. Its (SNGPL) cash flow position is dilapidated mainly because of the sale price of natural gas, which has not been increased proportionately to the increase in the prescribed price in the past few years by the incumbent government of PML-N, ostensibly to win public sympathies. The difference in prescribed price and sale price of natural gas has forced the gas utility to bank borrowings, resulting in an increased interest cost. The gas utility has paid Rs5billion markup on the loan it (SNGPL) obtained to run its daily businesses. This heavy markup worth billions will be passed on to gas consumers with the approval of Oil and Gas Regulatory Authority (OGRA).

Faced with adverse cash flow position mainly due to no increase in gas tariff by the government during last two years, SNGPL has asked the petroleum ministry to revise the gas price in order to avoid further losses and additional burden on consumers. Managing Director SNGPL, Amjad Latif has written a letter to Secretary Ministry of Petroleum & Natural Resources and sought a revision in the sale price of each category of the consumers.

Raising serious concerns over not increasing the sale price of natural gas proportionately to the increase in prescribed price in past few years, Managing Director SNGPL said, “the presently notified sales prices as per notification dated December 30, 2016, do not cater for the determination of final revenue requirements for financial year (FY) 2013-14, FY 2014-15 and determination of estimated revenue requirements for FY 2015-16.”

MD SNGPL also said that the situation is of a grave concern, as the adverse cash flow position of the company (SNGPL) may affect the going concerns status of the company and the increased interest cost will immensely increase the consumer price.