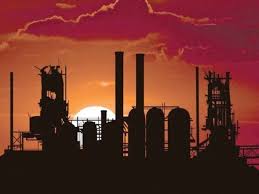 Large Scale Manufacturing (LSM) growth for the first half of fiscal year 2017 clocked in at 3.90pc year on year buoyed by a jump in December 2016 by 7.04pc year on year on seasonal trends.

This, on the other hand, remains inadequate to support GoP’s fiscal year 2017 GDP target of 5.7pc where analyst expect it to clock in at 4.9pc for the year (vs. 4.7pc in 2016), supported by a recovery in the agriculture sector (cotton production up 10pc year on year).

While some upward push in LSM growth remains likely in the coming months on periodical trends, analysts expect it to normalize over 2017. Additional push is likely from planned expansions in various industries, and new product/variant launches (Automobile segment), which can help.

Support to GDP growth is likely to be centered on the expected recovery in the agriculture segment where crop performance so far in this year has shown 10.3pc year on year increase vs. 29pc decline in 2016. Consequently, analysts project GDP growth to clock in around 4.9pc for the year vs. 4.7pc in fiscal year 2016.