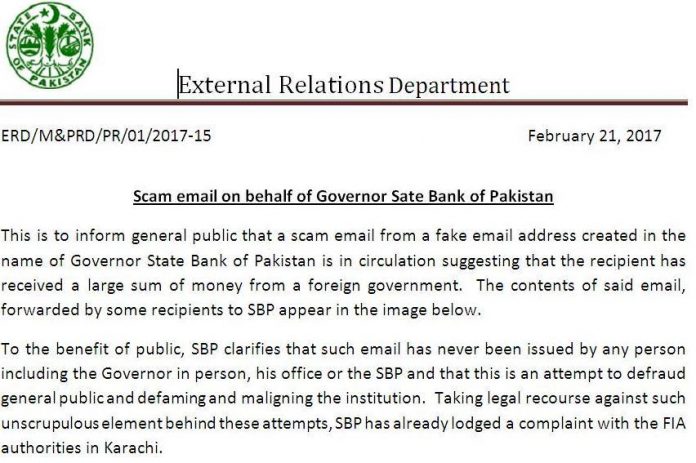 A scam email from a fake email address created in the name of Governor State Bank of Pakistan is in circulation, suggesting that the recipient has received a large sum of money from a foreign government, the SBP said in a press release.

To the benefit of the public, SBP clarifies that such email has never been issued by any person including the Governor in person, his office or the SBP and that this is an attempt to defraud general public, defaming and maligning the institution.  Taking legal recourse against such unscrupulous element behind these attempts, SBP has already lodged a complaint with the FIA authorities in Karachi. Following is the email sent by governor SBP: