Phonemakers vying to displace Samsung as World’s No.2 smartphone maker 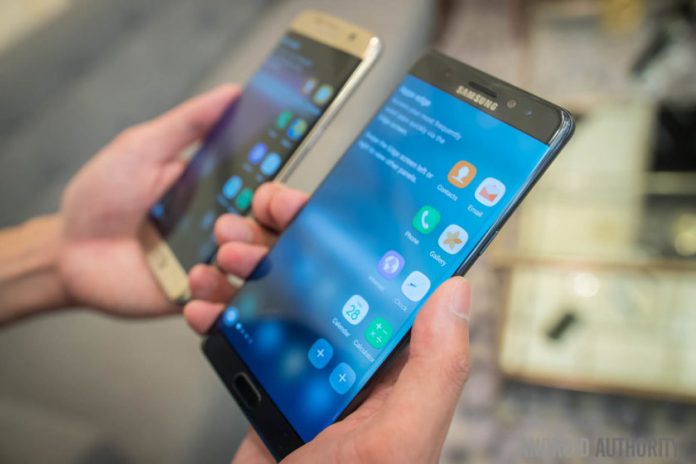 Phone makers are looking to fill a gap in the market left by Samsung, which is still recovering  after a  costly recall of its flagship Note 7 and with no key device of its own to launch at the telecom industry’s biggest annual fair, it has been reported.

China’s Huawei, is most likely to fill the gap in the premium end of the market, after unveiling a new phone in its quest to displace Samsung as the world’s no. 2 smartphone maker after Apple, during a rush of new product releases on Sunday ahead of this week’s World Mobile Congress.

Samsung itself unveiled two new tablets prior to the launch of its next flagship device, the Galaxy S8, expected now at the end of March instead of Mobile World Congress, its usual showcase.

Samsung’s European marketing chief David Lowes has termed the past six months as the most challenging in the company’s history in a news conference in Barcelona.He further added that the company is determined to learn every possible lesson.

Samsung withdrew the Galaxy Note 7 last October after faulty batteries led some devices to catch fire, leading to the company recalling the device wiping out more than $5 billion of operating profit , and allowing the iPhone to overtake it in sales.

An Independent research analyst Richard Windsor of Radio Free Mobile is of the view that Samsung might not be able to take its lost position. He also referred to a survey from Harris Poll which indicated that Samsung’s reputation had fallen from No. 7 in the United States to No. 42, just one position above the US Postal Service.

Huawei has been aggressively marketing its mid- to high-end phones and is in line in Asia and Europe with Apple and Samsung in the premium phone market.

Its new high-end P10 phone will go on sale from March at 649 euros ($685) in Europe, its key target market, likely ahead of the expected Samsung S8 launch.

Huawei, which made its name as a builder of telecom networks and is a recent market entrant aims to become the world’s number two.

But fortunes can change rapidly in the smartphone market, with little-known names in the West pushing established Asian players such as ZTE, LG Electronics and Lenovo-Motorola  into the second tier.Oppo, Vivo and Xiaomi are now the fourth, fifth and sixth-biggest smartphone makers in the world, according to Strategy Analytics, with Sony number 16, and HTC in 20th place.

Tim Coulling, an analyst at research firm Canalys is of the view that the competition in the smartphone industry is based on effective and aggressive marketing of the product.