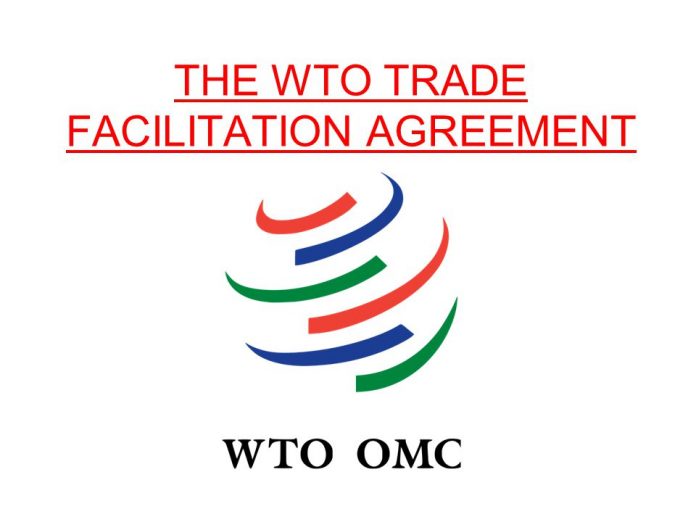 The government announced a reform strategy on Wednesday for cross-border movement of goods under the Trade Facilitation Agreement (TFA).

The WTO launched the TFA in 2013 to ease border trade across the world. Pakistan ratified the agreement in October 2015 which came into effect on Feb 22 after ratification from two-thirds members (110) of the organisation.

The member countries committed to reforms in three categories, i.e. A, B and C. All the reforms that Pakistan committed to in category A have already been implemented after the ratification of the agreement. The proposed commitment for reforms mostly relates to customs under B and C categories.

In three areas of category B reforms, the government proposed only one year for implementation while for the rest of the reforms the Federal Board of Revenue (FBR) has sought three years.

FBR has sought five years for sharing of their routine rules, procedures, forms and policy letters. All legislation in Pakistan is uploaded on the website of the National Assembly the day it is approved, while the FBR is seeking five years for doing the same job.

An official of the commerce ministry said that the Organisation for Economic Cooperation and Development (OECD) has suggested that implementation of the TFA would reduce trade costs by 14.5pc. Developing countries like Pakistan will also be able to diversify their exports and enter new markets.

The WTO’s trade facilitation agreement will also help develop countries attract more foreign direct investment, increase customs revenues and curb corruption through the availability of information in a transparent manner. Apart from these benefits, the agreement will also improve the systems and customs procedures.

The TFA contains provisions for expediting the movement, release and clearance of goods. It also sets out measures for effective cooperation between customs and other appropriate authorities on trade facilitation and customs compliance issues.