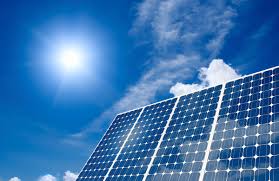 Around 20,000 homes will be converted to solar energy under the ‘Roshan Pakistan Scheme’ initiative, as stated by the Advisor to Prime Minister on Energy, Zahid Muzaffar. He stressed the importance of harnessing alternative energy sources to mitigate the power crisis plaguing the country.

In a round table conference held by Islamabad Chamber of Commerce and Industry (ICCI), on ‘efficient energy mix through entrepreneurial engagement’, he said that the steps that were taken on a war footing by the government had helped in yielding positive results for the energy sector.

The advisor mentioned that the first Liquefied Natural Gas (LNG) terminal was established to enhance the gas supply to different sectors, including fertilisers and textile industry.

Since the last 16-18 months, uninterrupted gas is being supplied to textile sector, which contributes heavily in terms of total exports and revenue to the national exchequer.

Zahid Muzaffar mentioned that oil and gas are among the main energy mix in the country and within two years there are plans to add two to three LNG terminals.

He added that 50,000 MW electricity could be generated through wind; biogas by 40 million kilowatts and hydel production potential was estimated at 60,000 MW, besides having over 180 billion tonnes of coal reserves.

President ICCI, Khalid Malik speaking on this occasion said that the aim of the event was to provide a way forward for the policy-makers to develop an efficient energy mix by engaging the business community.