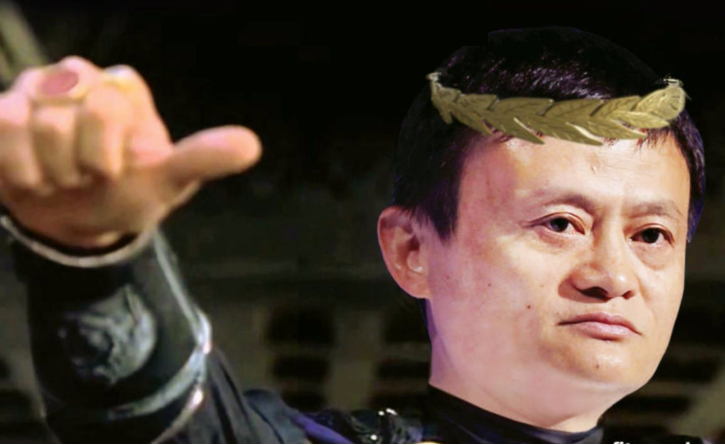 Rumour has it that Alibaba wants to buy Daraz.pk from Rocket Internet for $150 million (approx Rs 1500 crores). If the transaction goes through, it would easily be the largest buyout of a Pakistani startup in history. This article, however, is not about the rumours. It is instead asking the much more interesting question: should Alibaba buy Daraz.pk? And if so, what should it pay?

Before we delve into that, it is first important to understand Alibaba’s interests, intentions, and objectives when it comes to the Pakistani market.

With respect to Alibaba’s interest in Pakistan, there are no two opinions about it: Alibaba executives have visited Pakistan, Jack Ma has met with Pakistani government officials on the sidelines of the World Economic Forum in Davos, and there are public statements from the company and its celebrity chairman about being interested in investing in Pakistan.

It is also clear that Alibaba wants to get into the e-commerce space in Pakistan, as evidenced by the persistent rumour mill that Daraz.pk is an acquisition target. Of course, that makes sense. Daraz.pk is by far the largest e-commerce player in Pakistan and, at least on the surface, makes for an attractive acquisition target, both in terms of its market position as well as the quality of its personnel and technology.

What is somewhat unclear is just how much Alibaba is willing to commit to Pakistan, specifically whether they are willing to commit the resources necessary to gain the dominant position in the country’s small, but rapidly growing e-commerce space.

The winner-take-all nature of business on the internet suggests that if Alibaba is remotely serious about the Pakistani e-commerce market, it should either go big or go home: either invest what it takes to become the largest player in the market or not enter the market at all. It seems a safe assumption that Alibaba executives are smart enough to understand this and therefore are willing to make the necessary commitment to Pakistani e-commerce.

This is where the decision tree gets tricky. Alibaba can realistically pursue one of the two main paths: it can either buy out Daraz.pk and thus inherit its leading market position, or it can build out a position from scratch, invest in its own infrastructure, and out compete Daraz.pk. Which path is the right combination of easier, cheaper, and faster?

My money is on the latter: Alibaba should forget buying out Daraz.pk and instead focus on building out its own platform and crush Daraz.pk on its way towards market dominance. Why? Because while it is certainly easier to just buy the number one player in the market you want to enter – especially when you are as well-capitalised a company as Alibaba – in this particular case, it will be significantly more expensive to do so and is not necessarily the fastest route to sustainable market share either.

The problem, as far as Alibaba is concerned, is that Daraz.pk is still a relatively young company that has yet to have any major stumbles. That is why it is likely to ask for a high selling price and that is why the number rumoured to be under consideration as a selling price is in the $150 million range. Daraz.pk earns nowhere near that number in revenue and is likely asking for a multiple of its revenues normally associated with some of the most promising startups. (Executives at the company did not accept an invitation by this author for an interview.)

How much does Daraz.pk make in revenue? That is hard to ascertain since the company does not release financial information. It did, however, state that it made Rs1 billion during its Black Friday sale in November 2016. Blockbuster sales events such as these tend to make up anywhere between 20% and 25% of an e-commerce company’s annual revenues, so a ballpark estimate of Daraz.pk’s revenue would put them around Rs4-5 billion. If $150 million is indeed the selling price, that would imply that Daraz.pk is being sold at around 3 to 3.75 times its annual revenues. That is not surprising, given that it is a fast-growing e-commerce company and may well be a fair price.

It may be tempting for Alibaba to simply pay that money and get it over with. But it would be a mistake. It would be much cheaper to invest in building its own capacity, hire some of the best talent in the country, pump money into building up a world-class infrastructure to support large inventories, state-of-the-art logistics, and customer service. To put things in perspective, it cost approximately $45 million to set up Makro Habib, the retail chain that eventually merged with Metro Cash N’ Carry. And while Makro started a decade ago, it had to build up a much larger, much more expensive infrastructure since it was in the physical retail business.
So what, you might ask? Daraz.pk is not a giant yet, but it has a substantial infrastructure of its own that Alibaba would be buying for that $150 million. True. But it is not as though Alibaba would not need to pump money into Daraz.pk to grow its business.

After all, even if Daraz.pk has achieved positive cash-flow (which is not clear at this point, given management’s reluctance to talk about financials), it would still need continuous investment in growing its business beyond the relatively small proportion of Pakistanis who use the website. As Flipkart and Snapdeal’s woes in India prove, customer acquisition in emerging economies only gets harder the more you grow. Why waste money on an acquisition premium when you could be spending that precious cash on building up the infrastructure you need for long-term customer acquisition?

And then there is the example of Amazon in India, which offers a highly relevant parallel for Alibaba in Pakistan. Sachin and Binny Bansal both worked at Amazon and left in 2007 to start Flipkart, no doubt assuming that they would one day get to sell their company to their former employer for a handsome profit. Amazon, however, did not go by their playbook, instead opting to enter the Indian market in a greenfield investment where they created Amazon India from scratch.

Amazon was ruthlessly competitive, pouring $5 billion into its Indian subsidiary and went after Flipkart’s market share with a vengeance. In one year, it had effectively caught up with Flipkart. The Indian company manages to hold on to a market lead against its American competitor, but barely. In the meantime, Flipkart’s valuation has halved in less than a year and a half, going from over $11 billion to just over $5.5 billion. It is now considering buying eBay India to shore up its position in its home market against a competitor over which it had a 7-year head start.

Think about this situation from Amazon’s position: instead of having to buy Flipkart for $11 billion, it instead invested $5 billion its own infrastructure that works seamlessly with its global standards (and thus no risk of merger integration issues) and has effectively achieved the same market share it would have had if it had chosen to buy out Flipkart instead.

The parallels to the situation in Pakistan are interesting. Like the Bansals, Rocket Internet’s ultimate objective in building Daraz.pk was to sell it to a global e-commerce giant. Like Flipkart, it has a dominant market position. And like Flipkart, it is vulnerable to a cash-rich foreign competitor swooping into the market and eating its market share for a lot less than it would take to acquire it.

One suspects that Rocket Internet executives have been watching the events in India unfold with alarm and hoping that Alibaba decides on a strategy in Pakistan different from that of Amazon in India. The experience in India, however, suggests that Alibaba would be better off forgoing an acquisition entirely.

This then begs the question: if Alibaba is better off not paying $150 million for Daraz.pk, is Daraz.pk really worth that much? My contention is that it is not. Sachin and Binny Bansal have nowhere else to go and they will fight to the death to keep Flipkart alive, innovating and strategizing their way out of the bind that Amazon has put them in. Rocket Internet has no such loyalties to Daraz.pk. If Alibaba starts eating their lunch, they have no incentive to stay. They will likely cut their losses and go home, leaving behind in their wake another first for Pakistan’s nascent tech startup scene: an e-commerce carcass.