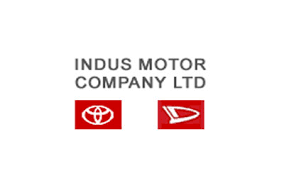 A meeting of the board of directors of Indus Motor Company Limited was held on April 24, 2017.

On the basis of un-audited accounts of the company for the nine months and quarter ended March 31, 2017, the company declared a profit after tax of Rs 10.2 billion as against Rs 8.8 billion achieved for the same period last year.

According to CEO Indus Motor Ali Asghar Jamali, “The combined sales of CKD and CBU for the nine months period ended March 2017, was down 4pc, to 46,216 units against 48,004 units sold in the same period last year.  The reduction in production quantity was primarily due to the modification of our production facility for the introduction of two completely new models of the Fortuner and Hilux Revo, and some challenges faced in operational efficiency due to prolonged and sustained overtime and some electricity breakdowns.  We were, however, able to maintain our market share at 27pc.”

The company’s net sales revenues for the nine months ended March 2017 increased by 6pc to Rs 84.3 billion, as compared to Rs 79.7 billion for the same period last year.