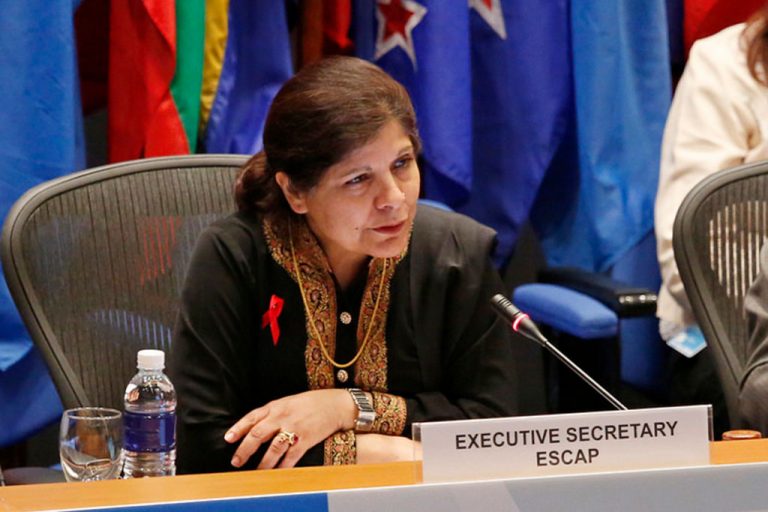 Effective governance and improved fiscal management are essential to sustaining a robust economic growth and improving its quality, the United Nations Economic and Social Commission for Asia and the Pacific (ESCAP) said in its annual flagship report launched today. The Economic and Social Survey of Asia and the Pacific 2017 highlights that despite a broadly positive economic outlook for 2017, Asia-Pacific economies are vulnerable to rising global uncertainty and trade protectionism.

Economic conditions are broadly stable in China and higher value-added sectors are gradually replacing excess capacity sectors as drivers of output and employment. The continued softening of economic growth in China, projected at 6.5 per cent in 2017 against the previous 6.7 per cent in 2016, reflects the ongoing deleveraging and restructuring efforts to boost output in the medium term. India’s growth forecast states 7.1 per cent this year as re-monetization restores consumption while infrastructure spending increases. Relatively higher oil prices are projected to lift the economic growth of the Russian Federation by 1.1 per cent in 2017, after last year’s contraction of 0.2 per cent.

The projected moderate Asia-Pacific economic growth faces risks from rising protectionism and global uncertainty. The survey estimates that a steeper-than-anticipated increase in these factors could reduce the average regional growth in 2017 by up to 1.2 percentage points.

Launching the survey in Bangkok, United Nations Under-Secretary-General and ESCAP Executive Secretary Dr Shamshad Akhtar emphasized that better governance for effective mobilization and use of fiscal resources is critical to advancing the 2030 Agenda for Sustainable Development.

“As we enter the second year of the 2030 Agenda, economic growth in Asia-Pacific economies is steady but modest, amid prolonged weak external demand and rising trade protectionism. Future economic growth will need to rely more on productivity gains, compared to factor accumulation,” said Dr Akhtar.

“Sustained productivity gains, in turn, will require effective institutions and better governance, in both public and private spheres,” she added. “In addition to ensuring sustained and robust economic growth, policymakers will need to address the social and environmental challenges in order to improve the quality of this growth.”

The survey highlights the importance of effective governance and fiscal management, given the high demands on fiscal policy to address the diverse challenges to sustainable development. For instance, economic expansion has been accompanied by rising income inequality with inadequate creation of decent jobs in the region, which trails the world in social protection coverage. Developing Asia-Pacific economies also use twice as many resources per dollar of the GDP as does the rest of the world.

To address these challenges, the survey calls for effective governance, in particular a proactive fiscal policy through productive investments in such areas as infrastructure, social protection and resource efficiency. Effective governance can for example; improve health outcomes in the Pacific, promote economic diversification in North and Central Asia and the creation of decent jobs in South and South-West Asia, reduce development gaps in South-East Asia and accelerate ecological innovation in East and North-East Asia.

The survey recommends that structural reforms could complement fiscal policy and help increase potential output. It notes that governments provide an enabling environment of policies, institutions and public services that helps factor and product markets to work efficiently.

The survey evaluates governance quality by analyzing data on rule of law, regulatory quality, control of corruption and government effectiveness. A marginal improvement of institutional quality is observed in the Asia-Pacific region, primarily from gains in East and North-East Asia and in the landlocked developing countries, particularly in North and Central Asia.

The survey finds that when institutions are weak, inequalities tend to increase and the pace of poverty reduction declines. The quality of governance also affects environmental outcomes, as reflected for instance in varying capacities to make and apply environmental rules and safeguards, and initiate ecological innovation and technological transfer.

The quality of governance further impacts revenue mobilization, as willingness to pay taxes is influenced by public’s perception of government expenditure efficiency. The survey further highlights the importance of transparency and accountability for better governance, and advocates for the production and dissemination of key fiscal data and development of capacity to monitor, evaluate and audit policies as essential to effective governance.