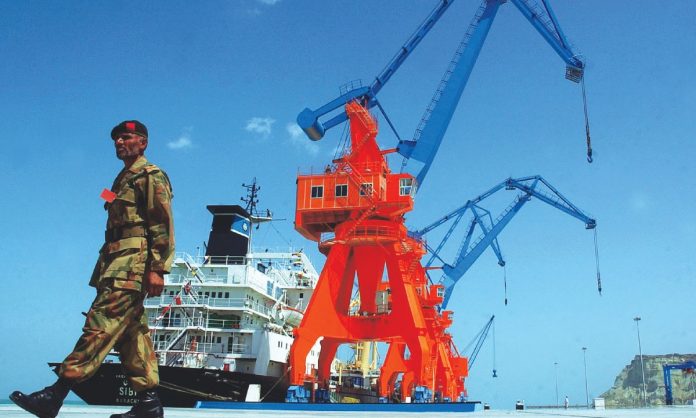 Contractual employees working on CPEC projects are slated to receive a 33pc cut in their salaries which is contingent on the packages they are being offered. This move was taken by the federal government after the Ministry of Finance’s refusal to pay these employees as per their contract. It is expected that for regular employees increase of 10-15pc is expected in the next financial year 2017-18.

This happened after the Accountant General of Pakistan Revenue (AGPR) raised reservations over the fixing of salaries of employees contracted for CPEC projects which did not meet the requirements of the Standard Pay Package of 2009 for project staff and was confirmed in a notification issued by the Ministry of Finance.

For these workers contracted under CPEC projects, their salaries have been approved and paid under PC-I projects but they aren’t validated and recognized by the AGPR. It is expected that a legal battle could be in offing for the finance ministry as these salary packages have been endorsed by the Central Development Working Party (CDWP) which comes under the Minister for Planning and by Executive Committee of National Economic Council (Ecnec), headed by the finance minister.

The Ministry of Finance has backed the stance of the AGPR on the issue that there shouldn’t be two different salary packages for project employees. In a tit for tat response, the Ministry of Planning’s administration has decided to follow suit and reduced the salaries of workers employed on other projects. This has created a major issue for those workers employed under salary packages mentioned by the CDWP and Ecnec.

The PCI-I approved salaries and those under the 2009 Standard pay package do not compare with the market rates on offer. Amidst all this, the government is still struggling to hire the best available talent and this has impacted many projects including ones coming under CPEC.