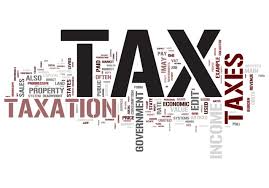 Islamabad Chamber of Small Traders (ICST) on Sunday said withholding tax on bank transaction should be abolished or reduced in the upcoming budget.

The government has imposed additional taxes worth over a trillion rupees since it came to power but WHT on bank transactions has attracted more opposition than any other tax, said ICST Patron Shahid Rasheed Butt.

He said that business community has not accepted this tax and invented different ways to avoid it that include trade in dollars, parchi system, cash transactions and parallel currency.

He said that authorities should consider abolishing the WHT on bank transactions or reduce it to acceptable limits as continuity of this tax is against the national interests.

The business leader said that it is the responsibility of the government to make successful the existing policy of improved revenue generation.

All the policies to increase revenue had backfired due to overdependence on the tax bureaucracy which is not aware of the ground realities, he said.

He said that determination of Finance Minister Ishaq Dar on the issue of WHT is laudable but some reservations of wholesalers and retailers must be taken into account.

Moreover, banks are facing severe liquidity crunch after imposition of WHT which call for steps, he demanded.  He said that authorities have always preferred indirect taxation while avoiding income tax.

The government should consider reversing the WHT on the bank transactions otherwise situation will not improve, he warned.

The government should prefer imposing direct taxes and improve export and investment situation at any cost as country cannot survive on foreign loans forever.