CPEC could change the dynamics of Pakistan’s economy 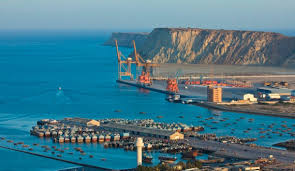 As Pakistan’s ties keep on strengthening with China in the wake of Chinese-Pakistan Economic Corridor (CPEC), according to experts this is beginning to look like a sand castle. Experts have called for closer monitoring of the developments in relation to the CPEC project impact on other markets of the region and a specific focus on the Pakistani market.

India has negated the CPEC project and also declined participation in last week’s One Belt One Road forum held in Beijing. The Indian concerns have been linked to majority of the CPEC project passing through Azad Kashmir and Gilgit-Baltistan region which it contests belongs to them but which according to Chinese scholar like Wang Yiwei ,Dean of the Center for European Studies at the Renmin University that their claim is a problem.

As per Indian media reports, the Chinese in order to appease the Indians had put forward the proposal of changing name of the project and a transparency commission was also formed but to no end. The rising cost of the CPEC corridor is increasing Pakistan’s indebtedness to China amidst corruption fears on both sides.  CPEC could institute a major change shift for Pakistan’s economy from an emerging to a developing one.