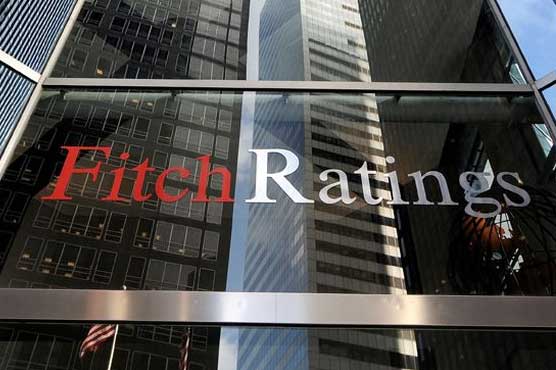 The recent fall in Pakistan’s foreign-exchange reserves and widening of its current account are manageable, and the country is unlikely to face significant external-financing difficulties in the short term, barring an unexpected shock, says Fitch Ratings. The three-year IMF-supported programme that ended in September 2016 helped drive a general improvement in Pakistan’s macroeconomic stability. In particular, it reversed a sharp decline in foreign reserves. However, there have been signs of a re-emergence of external pressures since the end of the IMF programme. Foreign reserves, for example, fell for five consecutive months from October. The current-account deficit reached USD2.6 billion in January-March 2017, the highest since September-December 2008. The widening resulted from slower growth in remittances, the rise in global oil prices and imports associated with infrastructure projects in the China-Pakistan Economic Corridor (CPEC). The corridor is part of China’s One Belt, One Road programme and so far, includes projects worth more than USD60 billion, with most of the finance coming from China. Nevertheless, the situation is a long way from the one that Pakistan faced prior to the IMF agreement in 2013. The decline in foreign reserves has been small in the context of the large build-up recorded during the IMF programme (see chart). The State Bank of Pakistan has been able to keep the Pakistani rupee stable against the US dollar over the last 18 months, even during periods of dollar appreciation. In contrast, there was a sharp depreciation of the rupee in the years leading up to the IMF agreement, even as reserves fell at a rapid rate. importantly, there does not appear to have been a significant deterioration in Pakistan’s international financing conditions. Yields and credit default swaps on sovereign debt have generally been on a downward trend since mid-2016, and are low compared with 2013. The widening of the current-account deficit has exceeded our assumptions when we affirmed Pakistan’s rating at ‘B’/Stable in February. Fitch had expected higher capital imports and a gradual recovery in energy prices to widen the current-account deficit to 1.6% of GDP in FY17 and 2.0% in FY18, from 1.2% in FY16. There is now an upside risk to those forecasts, particularly in FY17. However, the current-account deficit is unlikely to widen by enough to create significant strains, as long as oil prices do not spike higher than we currently expect. Moreover, imports related to the CPEC will be largely offset by equivalent financing from China. Nevertheless, Pakistan’s large external-financing needs undoubtedly expose the country to changes in investor sentiment, which could be triggered by a reversal of structural reforms or an escalation of political and security threats. Looking further ahead, bigger risks may also emerge when the funding for CPEC projects needs to be repaid and profits start to be repatriated. The economy’s ability to meet external repayments will partly depend on whether improved infrastructure can unlock the growth potential of its export industries. Poor logistical networks and unreliable energy supply weigh heavily on the international competitiveness of Pakistan’s exporters. Improvements might spark a significant increase business activity, but this positive scenario might not materialize if, for example, there are disruptions to economic stability or the security situation deteriorates.