Pakistan and China aim to build a network of rail, road and energy infrastructure as part of the Belt and Road initiative 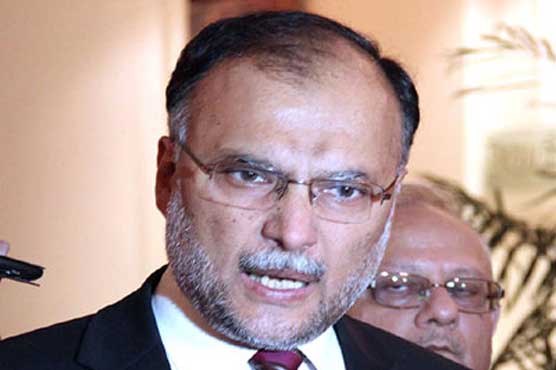 Dalian: Pakistan faces some challenges in steering an ambitious plan to build an economic corridor with China despite the economic benefits for the country, Planning Minister Ahsan Iqbal said on Wednesday.

China has promised $57 billion in investment in projects along the China-Pakistan Economic Corridor, part of its ambitious Belt and Road plan linking China with the Middle East and Europe. Chinese President Xi Jinping proposed the Belt and Road project in 2013, but it is still short on specifics.

“There are a number of challenges which have to be addressed,” Iqbal, the Islamabad lead on the project, told the World Economic Forum in the northeastern city of Dalian. “There are actually many gaps that we have to correctly address. First and foremost is the coordination gap,” he said.

Iqbal said he had chaired many ministerial meetings over the past two years to push through the red-tape and coordinate polices among government ministries, he said. “There are also challenges in terms of different regions,” he said, adding that provinces are competing for greater opportunities in the project. The government has built a mechanism to coordinate with “internal and external stakeholders” in the scheme, he said without elaborating.

Pakistan and China aim to build a network of rail, road and energy infrastructure as part of the Belt and Road initiative. Pakistan has been one of the most enthusiastic supporters of the initiative, in part because many projects are for power plants to alleviate the country’s decade-long energy shortage that sees frequent blackouts.