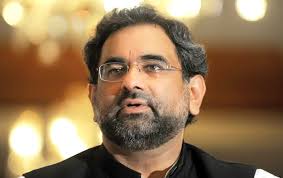 Islamabad: The relevant stakeholders in the power industry on Wednesday were directed by PM Shahid Khaqan Abbasi to investigation the reasons for the distribution and technical losses that were affecting the power sector.

In a meeting chaired by the PM, which was also attended by the Finance Minister Ishaq Dar and Petroleum Minister Jam Kamal Khan, he asked the officials to formulate a strategy for reducing the circular debt in the energy supply chain which was crippling the power sector.

Both the power and finance divisions were instructed to work in tandem on improving efficiencies affecting the power sector and devise out of the box strategy to fix this issue, said the PM.

Abbasi added that conversion of agricultural tube-wells to solar energy was a necessity as it would help in reducing the burden of subsidy and needs to be implemented on priority in Balochistan province. He said that it was the governments prerogative to ensure energy security and supply clean and affordable power to consumers.

As reported on Monday, circular debt in the power sector had crossed the Rs800b mark according to Pakistan Electric Power Company (PEPCO).

Water and Power Secretary, Yousaf Naseem Khokhar also had commented that due to fall in line-losses and improvement in recovery had helped the power sector to generate a positive inflow of Rs116b in last two years.