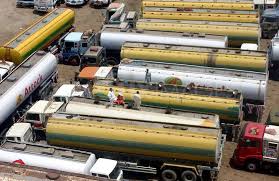 Karachi: All Pakistan Oil Tankers Association has once again threatened a strike in regards to stoppage of oil supplies in case if its demands aren’t met by the 20th of August.

Warning of consequences, APOTA Chairman Yousaf Shiwani commented that the talks between them, National Highway Authority and the Oil and Gas Regulatory Authority (OGRA) had failed. He requested the Prime Minister Shahid Khaqan Abbasi needs to intervene in order to resolve this deadlock.

He added that APOTA had reached to an agreement with the NHA and OGRA to hold talks and address the concerns of the oil tanker operators, but the relevant authorities had shown a cold shoulder in this regard.

Shiwani said NHA was unwilling to provide any sort of relief and expected the operators to upgrade their fleet overnight, which wasn’t possible and the authorities negligence to this critical issues was forcing them to consider going on strike again.

OGRA received the brunt of the criticism from Shiwani, who stated that the government is interested in upgradation of tankers in one go, which wasn’t a practical solution and only a few companies possessed the capability of bolstering their tankers and build 350 to 400 a month.

He remarked that APOTA was willing to adhere to the 2009 safety rules implemented by OGRA. APOTA has presented a list of ten demands which includes postponing the increase in freight prices, upgradation of oil tankers, removal of National Logistical Cell (NLC) from oil transportation business, , stoppage of oil transportation to Peshawar via train, oil tankers be allowed to pass through the Kohat tunnel, decrease of explosive permit rate.

APOTA is seeking leniency in the implementation of regulations and continuation of the existing policies, it said.