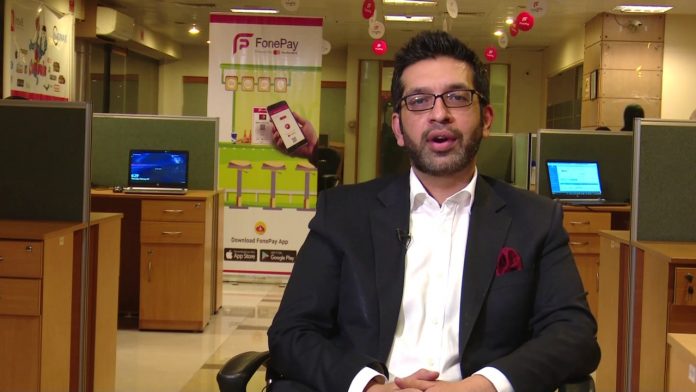 Founder and Co-CEO of Inov8 Limited, Hasnain Sheikh, is a man of few but powerful words. He speaks with a confidence which is almost contagious. Having learnt early on that there is nothing you can’t achieve if you put your mind into it, he made it the mantra for his life. Alumni of the Wharton Business School, Hasnain chose to return to Pakistan because he wanted to make a difference for his country. Back then there was no startup culture in Pakistan and it was far from being a land of opportunity for expats and IVY
League graduates.

In 2004, Hasnain and his partner, Bashir Sheikh, founded Inov8 Limited and started talking about mobile payments when the concept was itself new for the country. He had to lift himself by his bootstraps and struggle for a decade – with no incubator or accelerator coming to his aid. Inov8 is Pakistan’s largest Fintech – after its last funding round of $5.4 million in 2015, it got valued at $108 million.

The company through its history like any startup has had its shares of ups and downs, the lowest point being when the management had to lay off half its the workforce in 2008, many of whom are now back at the company. Today Inov8 employs over 200 people and has an impressive list of many ‘firsts’ in Pakistan, and some perhaps even globally including the first multi-bank mobile payments platform as far back as 2008, one of the first utility bill payment switches in 2008, and some very technical stuff like Pakistan’s first BGP multi master site replication.

Still, Hasnain chooses to “fly below the radar” when it comes to marketing Inov8. With a clientele including some Fortune 500 companies, Inov8 provides technology and consulting solutions for digital, mobile and branchless banking ecosystem. Its operating area spans financial institutions, mobile operators, merchants, money transfer organizations, regulators and governments.

Profit: About FINJA as a competitor

HS: I have tremendous respect for Qasif Shahid, and the Finja/FINCA team and
I wish them the best of luck and success.

In our humble opinion, Finja is a competitor to EasyPaisa, JazzCash, Paymax, J-Cash where their basic business is to open a mobile wallet. But just because we also have a QR based retail payment, it doesn’t necessarily make it our competitor.

We are bank agnostic, which means that you are not bound by a single bank. The end goal is to make it possible for every bank to be on our platform. Do you know the reverse funnel mechanism, or how a jet engine works? It takes a mass of air, compresses into a very thin funnel and then opens it back out. So you need the input.

Our platform, FonePay in partnership with MasterPass by MasterCard, currently gives access to approximately 30 million customers. FonePay is a digital wallet which allows you to conduct transactions from multiple financial institutions, gift cards, loyalty cards, etc.

HS: FonePay has 10,000 plus merchants across the country allowing us to become the third largest acquirer in Pakistan. We will be focusing on growing to 100,000 merchants within the next year. FonePay is Pakistan’s first super app with the largest digital ecosystem of its kind.

Profit: What about unbanked population?

HS: We are catering to the unbanked population through instant issuance from our partner banks. Including but not limited to JazzCash, Easy Paisa, and J-Cash. For example, if you are a Mobilink or Telenor customer, you need to just dial *786# and instantly issue an account in under 5 seconds and then link with our app. How cool is that! J-Cash (a product of JS Bank) and FonePay will bring you Pakistan’s first instant account opening which scans your thumb print and opens your account instantly, post verification from NADRA.

Profit: What about free payments?

HS: For OTT (over the top) services free is key. But, payments are not an OTT service. As a bank when you acquire a customer you also have to pay the cost of that deposit and increasingly, banks are looking for digital means to enhance their non-funded income (NFI). The bulk of the money that a bank makes is through low-cost deposits. So banks don’t take money for free; then there is Capital Adequacy Ratio. You cannot unseat this today because unlike OTT services like WhatsApp, payments are very heavily regulated everywhere in the world. Also, it would take a lot more to unseat the three biggest payment power-players in the world who pretty much control the majority of all payments related global electronic transactions. Those three players are Visa, MasterCard, and UnionPay.

Profit: That’s the point. As long as banks are involved, it is not going to happen, but what if banks are not a condition?

We have a different vision. And I believe that free payments will only take you to a certain point. Our vision is that ultimately payments will not matter at all. It will only be the digital experience that you give the customer. Payments will be hidden in the app like it happens in the US. You link your card to the app once and then the money itself doesn’t matter as much as the digital experience. So the concept of a super app is exactly focused on that.

Profit: How do you see the industry changing in the next few years?

HS: Banking is definitely going to be disrupted, but in my opinion, it will not be that the Fintechs will spell the demise of them. As far as retail is concerned the bulk of your business will still be in brick and mortar model for at least the next 25 years. E-commerce will grow, but even if we look at one of the most advanced e-commerce markets in the world, the US, 93% is still in brick and mortar and 7% is online, so there is still a long way to go for countries like Pakistan.

With that said, there will be tremendous growth in both e-commerce and Online to Offline (O2O) transactions. Since most transactions at retail are still paid in cash, the real growth will come in converting those brick and mortar transactions whereby the transaction origination will be online and will ultimately be conducted physically offline.