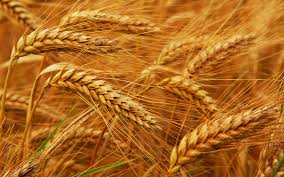 Islamabad: The exports of wheat and sugar from Pakistan during the first month of current financial year witnessed 100 percent increase as compared to corresponding month of last year.

During the month of July 2017, about 353 metric tons of wheat valuing US$ 114,000 was exported against the export same month last year.

According to data outed by Pakistan Bureau of Statistics, 58,555 metric tons of sugar worth of US$ 27.584 million was also exported from the country during the period under review.

The exports of tobacco from the country registered 835.90 percent increase during first month of current financial year as compared to same month of last year, it added.

During the period under review, about 24,393 metric tons of fresh fruits worth US$ 19.483 million exported as compared the exports of the corresponding period of last year.

On the other hand about 32,702 metric tons of vegetables valuing US$ 10.330 million were exported.

During the period under review fruit exports decreased by 16.10 percent, where as vegetables exports increased by 26.80 percent respectively, it added.