Tax indications do not convey a promising picture 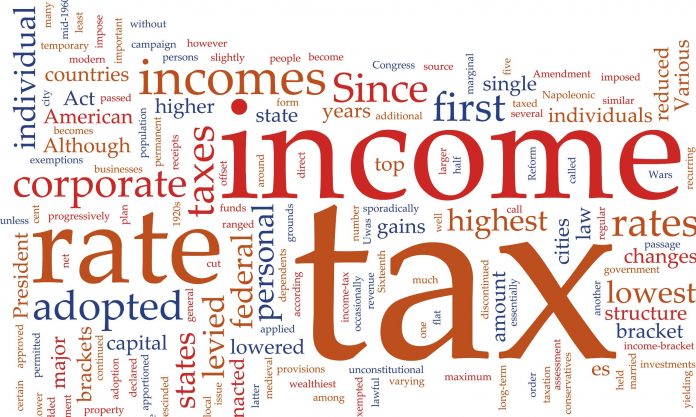 One of the major features of tax policy under PML-N government has been its incessant focus on expanding Pakistan’s tax net. To achieve this target, the incumbent has relied on various tax amnesty schemes and filer/non-filer distinction. It was expected that both of these policy instruments would lure economic agents into tax net. However, Pakistan’s tax indicators do not convey a promising picture as tax-to-GDP remains sub-optimal at 12.9 percent. In reality both of these policies have drawn perverse responses from economic agents which can also be damaging to some sectors of the economy.

We are all well aware now that tax rates for those who don’t file their income tax returns are higher than those who do file income tax returns. Almost every type of direct tax for any sector in the country is consistent with this rule. The idea is simple. Economic agents will prefer to be filer in order to pay lower tax rates.

Real estate agents, who service such transactions, exercise their clout with the Federal Bureau of Revenue (FBR) officials to come up with a temporary National Tax Number (NTN) for their clients. The agents charge an extra fee from their clients and don’t require any documents – not even the CNIC number of the concerned individual. This all happens within minutes but in reality the procedure requires at least two days and a lot of information from the applicant. Once the two percent tax rate is paid on the transaction, the temporary NTN is removed from the system.

The same procedure is repeated whenever a new transaction occurs. In some of the cases, the temporary NTN becomes a permanent part of the system and is just used to pay lower tax rates. No real economic activity can be traced against such an NTN.

The fee which the agent has charged is divided between the agent himself and the FBR officials who are involved in this. The individual who is shown as a tax filer has saved himself from the high tax rate of four percent. All of the parties benefit out of this practice but at the expense of the state coffers.

But the individual who pretends to be tax filer isn’t to be blamed here. A good tax policy can’t expect conformity out of the good heart of the people. Whenever a tax policy includes an option to pay low tax rate, it naturally becomes popular with potential tax evaders. Weak institutions, like FBR in this case, does the rest. I have even heard that FBR officials themselves give tips on how to tweak rules in order to escape high tax rates.

As the government boasts about the recent surge in the number of tax filers from 0.76 million in 2013 to 1.26 million now, I wonder how much of this is bogus.

During the present government of PML-N, using tax amnesty schemes to formalize informal economy by bringing them into the tax net reemerged. However, the performance of such schemes isn’t encouraging. In strict monetary terms, tax amnesty schemes bring paltry sums to the national exchequer. When one such scheme was announced in February 2016, only 9,020 traders availed it which generated just Rs850 million in tax collection. Traders remain disinterested because they prefer to wait for an even more generous scheme in the future.

The real ineffectiveness of these schemes is not limited to their monetary failure only. The most popularly understood problem is that they allow whitening of black money and it promotes corruption through legal means.

They have the potential to turn the economic sectors vulnerable as well. A tax amnesty scheme was announced for the stock exchange in April 2012. As per the amnesty scheme, section 111 of the Income Tax Ordinance was suspended till June 2014. Section 111 of the ordinance allows officials to tax income, assets, and investment of a person whose nature and source are unexplained. Till the expiration of the scheme in June 2014, KSE-100 posted returns of 4.55 percent per month. However, the benchmark index went down by six percent in the July 2014. Although the downward trend reversed the next month, the lesson is clear.

Holders of black money leave the market once they have whitened their money and with that, the prices of securities plummet. The same can also true for other sectors like real estate, for which, we so often hear that an amnesty scheme is around the corner.

Furthermore, since these schemes are usually granted for the speculative sectors, which doesn’t create jobs or increase production, like stock exchange and real estate, they strengthen the speculative part of the economy rather than the real part.

Tax base will only improve in Pakistan if the tax system is simple and tax rates are low. Only then will it ensure voluntary compliance.

Crises evolve at an exponential pace. Much like a herd of animals spooked by the scent of a nearby predator, once markets smell a...
Read more
- Advertisement -