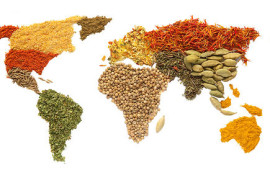 ISLAMABAD: Since Pakistan is an agricultural country, millions of poor farmers expect a fair deal from the global trading system. Commerce Federal Secretary Mohammad Younus Dagha, while addressing the WTO ministers meeting in Marrakech, strongly emphasised the importance of creating a level playing field in the area of agriculture products trade.

According to a statement by the Ministry of Commerce, the Dagha also stressed on this point in the meeting of Cairns Group Ministers, which met on the sidelines of WTO ministers huddle in Marrakech. Cairns Group is WTO coalition of like-minded countries demanding reform of agriculture subsidies.

Dagha underscored the point that trade-distorting subsidies of the developed countries were tilting the terms of trade drastically against the poor farmers of the developing countries. He also informed that huge amounts of domestic support in large agriculture producing countries and their public stockholding also affected the small farmers by taking away the market share and depressing international prices for their products. Countries frequently veil their programmes of public stockholding as food security initiatives which hurt other developing countries and agriculture producers in the international market.

Commerce secretary is leading Pakistan delegation to a crucial WTO meeting in Morocco which will be finalising strategy for the fourth coming ministerial meeting in Bunes Aires to Geneva.