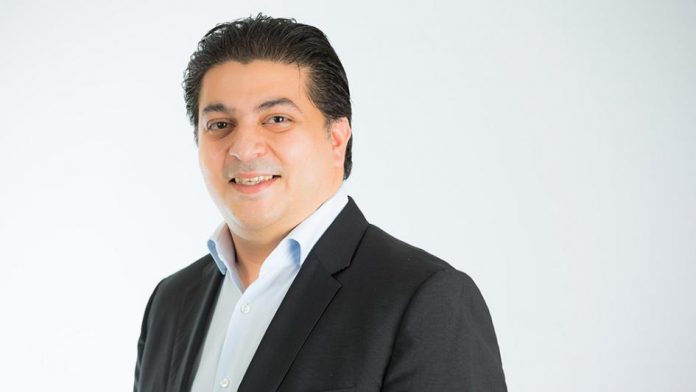 KARACHI: Lenovo, the Chinese company of cutting-edge devices, has envisioned capturing the growing market of Pakistan with its brand, Motorola, which was once a favourite and leading brand in the handset market.

This was stated by Sharay Shams, General Manager for Smartphone, Lenovo Middle East.

The Pakistani market is interesting with huge potential awaited for smartphone brands to penetrate with their products. Hence, Lenovo has a strategy to re-introduce its brand, Motorola, to consumers of Pakistan with innovative and affordable handsets.

“Most of the consumers have used Motorola at some point in time and they have a strong association with this brand in the country,” said Sharay Shams. It is our strategy to ignite Motorola back in the Pakistan, he added.

Motorola is a subsidiary of Lenovo, which was acquired nearly two years back. This brand made Lenovo global with the synergy of both brands enhancing penetration of one company in different regions without any competition. Lenovo has a strong presence in USA and China, and Motorola’s footprints are solid in the Middle Eastern countries.

Similarly, Motorola is a well-recognised brand in Pakistan, he added. It is a complement to Lenovo which stretched out its reach to the global level.

The first Moto Z was introduced at Rs 75,000, which is the high-end flagship device with specialised use, GM Lenovo stated.

The Moto E family has been introduced ranging from Rs 15,000 to Rs 20,000 and Moto G will be launched within the price range of Rs 20,000 to Rs 30,000. And gradually, all price points will be addressed with innovative handsets to capture various consumers segments of the market as per affordability and requirement of the users.

Moto C Plus and Moto E (with two variants) are being launched in the Pakistan, with price points from Rs 10,000 to Rs 20,000.  Despite the collaboration with Jazz, the phones are being launched as open SIM platform without an operator lock and will support dual SIM technology.

The features are attractive for the customers for the given price ranges and the needs of the customers are kept in mind including the requirement of camera, long battery time and fingerprint security option.

In Pakistan, Motorola hopes to offer in-house warranty and the local service partners have been fully equipped with advanced systems to provide after sale services for Motorola smartphones without and with warranty.

Lenovo entered the Pakistani market almost 2 years ago making it a relatively new brand in Pakistan compared with industry players. However, despite being in the growing phase customer response has shown solid and stable performance.

Despite the immense competition, Lenovo is committed to expanding its market share in Pakistan with localised content and by positioning the right product within the right price range. It has also been focusing on building its presence by establishing point of sales and sales outlets throughout Pakistan. Lenovo is also heavily investing in mass media campaigns to build a fan following and create brand awareness.

Shams added that smartphone lifecycles are decreasing day by due to emerging innovative technology. However, Lenovo has introduced Moto MODs, which are workable with three generations of handsets allowing both backward and forward compatibility.

We have standardized our prices throughout regions. Pakistan is an emerging and a strategic market with 4G services. According to the PTA 3G/4G user base stands at 44 million compared to the GSM user base of 140 million.

This changes the environment as more and more GSM users are shifting to 3G/4G services. We believe that Motorola has reentered the market at the right time.