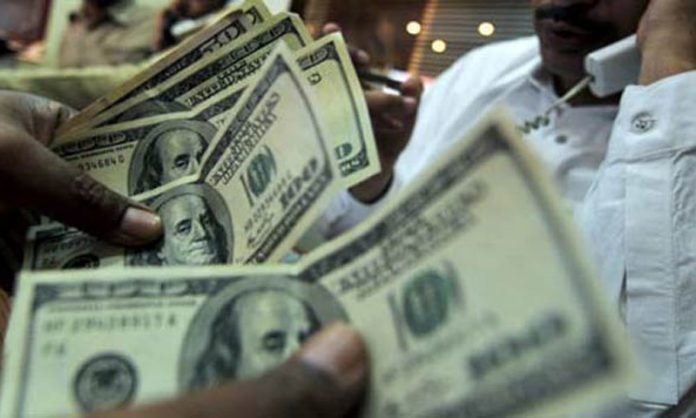 ISLAMABAD: A Finance Ministry spokesman on Friday stated the country’s foreign exchange reserves continue to maintain a healthy level, while there was no increase in external debt liability of the country in absolute terms.

Responding to a report: “Government takes $450m loan to prop up sliding forex reserves”, carried by a section of the press, spokesman of the Ministry of Finance clarified that commercial financing was a normal activity and part of overall financing plan for the current fiscal year.

Commercial financing has been planned in terms of budgetary outlay for 2017-18 to bridge
resource gap and supplement external buffers, the spokesman added. The spokesman further said that in absolute terms there has been no increase in external debt liability of the country.

In 2013, external debt to GDP ratio was 21.4%. In 2017, this ratio has decreased to 20.6% showing a net decline of 80 basis points in the external indebtedness of the country. Indeed, external debt of the country was at a sustainable level and much lower than many comparable economies like India, Sri Lanka, Egypt etc.

Similarly, external debt servicing liability for this fiscal is $5.8 billion as against last year’ s liability of $6.44 billion showing a decrease of 10% over the previous year.

The spokesman went on to say that Pakistan’s FX reserves continue to maintain a healthy level, adding that this increase in reserves was driven by strong improvements achieved in the first quarter of current fiscal year because of exports, remittances, FDI, official inflows and other private inflows.

With these positive trends expected to strengthen in coming months, the foreign exchange reserves of the country will continue to be at a healthy level.