FDI increases up to 57 per cent during July-September this year: Senate told 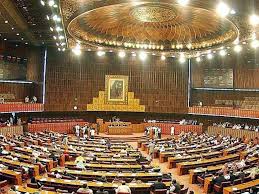 In the question hour, he said, “FDI during July to September in current fiscal year stood at $ 663 million showing an increase of 57 per cent over the corresponding period of last year. With these positive trends strengthening, the current account deficit will substantially improve in the coming months of Financial Year 2018.”

Zahid Hamid said “It is mainly due to increase in imports of machinery, industrial raw material and petroleum products. This sharp increase is due to increased investments under CPEC in energy and infrastructure sectors.”

The minister said, these were healthy imports and would enhance the productive capacity of the economy for higher outputs and exports in future.

He further added that there was also stagnancy in remittances due to tight budgetary conditions in GCC countries as a result of low oil prices, strict regulatory requirements in USA and depreciation of Pound Sterling against US dollar.

The negative trend in exports had bottomed out and government initiatives showed positive results as exports had increased by 12.2 per cent and workers’ remittances by 1 per cent during July-September, 2017as against the corresponding period of last year, he added.

To another question he said, it was not a fact that sales tax refunds had been issued to fake firms during the last three years by the FBR.

The minister said biometric system had not been installed in the office of AGPR as yet. However, he said an elaborate study for installation of Biometric System was under process, considering the multiple qualities of the system along with accessories which were expected to be completed within a month.

All the sub-offices of AGPR in Karachi, Lahore, Peshawar, Quetta and Gilgit had also been directed to submit a feasibility study for installation of Biometric System along with the requirement of funds, he added.

Responding to a question about National Finance Commission (NFC) award, he said this was a fact that after 7th NFC Award, next Award had not been announced.

The Constitution provided for setting up National Finance Commission (NFC) at intervals not exceeding five years, which was being done regularly, he said.

The minister said Terms of Reference (TORs) of the 9th NFC were under consideration and in this regard, recommendations as and when finalised would be placed before the NFC for consideration.

He said the revenue collected by the Federal Board of Revenue (FBR) during the Q1 2017-18 was Rs 765.092 billion provisionally.

In order to achieve the revenue target of Rs 4,013 billion for the current fiscal year, FBR was required to achieve a growth of 19.2  per cent over the collection during the last fiscal year, he added.

This growth rate, he said, was required to be achieved and maintained in each quarter of the current year to achieve the annual target.

Zahid Hamid said, FBR’s revenues in the Q1 had registered a growth of more than 20 per cent over the collection made in the Q1 of the last year, which was above the required growth. “FBR is well on track to achieving the annual target” he added.