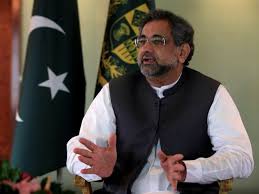 ISLAMABAD: Prime Minister Shahid Khaqan Abbasi says the government has delivered on its promise by mitigating energy crisis in the country.

Addressing the inaugural session of Pakistan Oil and Gas Conference 2017 on the topic of ‘Emerging fuel mix for Pakistan and marketing outlook’ Shahid Khaqan Abbasi stated that load-shedding of gas for all consumers was a thing of the past, while that for electricity would soon end.

He further added that within a short span of time, the present government signed a contract with Qatar for import of Liquefied Natural Gas (LNG) and that the import of LNG has helped the country adequately meet its energy needs.

Abbasi said today all gas consumers, particularly the industrial sector were getting an uninterrupted supply, while imported gas was also being used to fuel the powerhouses. He said the country would soon have three LNG terminals that would pump gas across the country and help meet the future needs of its domestic and industrial users.

Abbasi said the Sui Northern Gas Pipelines would be using the imported LNG for distribution, instead of relying on domestic gas and that the locally produced gas would be used in the provinces from where it was being extracted.

He said the Turkmenistan Afghanistan Pakistan India (TAPI) project was finally taking shape and would be operational in around four years’ time, while the Iran Pakistan gas pipeline faced delays due to international sanctions.

Speaking about other energy sources being explored, Abbasi stated that imported coal was being used for power generation, while it would take a while before Thar coal could be utilised. He said that the cost of power generation through wind and solar was getting lower, however, there was a need for more research to find out the optimal use of these energy generating sources.