Pakistan should exploit African market worth over $ 1 trillion 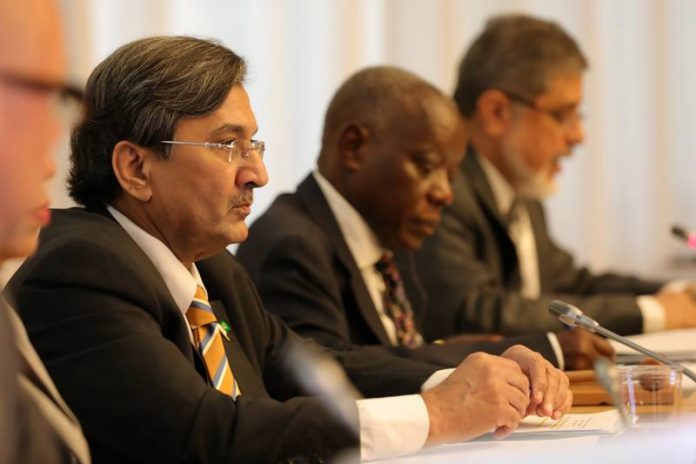 KARACHI: Commerce Federal Minister Muhammad Pervaiz Malik on Friday emphasised on more interaction and dialogue between Pakistan government and private sector with their counterparts in Africa for the promotion of bilateral trade and investment in various sectors.

“There should be Pak-Africa trade dialogue at least once a year,” the Minister said while speaking at an interactive session with the delegates from 18 African countries at a local hotel, under the banner of “Look Africa Trade Forum.”

Hundreds of foreign delegates from many counties flew into Karachi to visit the 10th Expo Pakistan under the logo of “Emerging Pakistan”. This 4-day international trade and cultural exhibition were being held at Karachi Expo Centre from November 9.

The minister said the government had taken various initiatives to promote trade with the world and also to attract maximum investment to Pakistan; with a special focus on Africa. He said there was a big market in Africa, which is the second largest continent having 54 countries, and Pakistan could have a good share by selling a wide range of goods and services. “We shall also be very happy to provide market access to African countries,” he remarked.

He said at present the volume of Pakistan’s trade with Africa stood only at $ 3 billion out of total $ 1 trillion trade of African states. This volume, he added, could be doubled within next five years through more incentives, facilitation and increased connectivity and exchange of information about trade opportunities with African countries.

Malik said this programme would provide B2B sessions and opportunities for the private sector of Pakistan and Africa, which might lead to joint ventures in many sectors.

He assured that Pakistan would continue its support to African countries in human resources development and capacity building, and information technology.

Commerce Federal Secretary Muhammad Younas Dagha said that more steps would have to be taken to enable the private sectors on both the sides for doing more trade and investment.

Pakistan had very good ties with African countries but the trade volume was very low against the potential.

He highlighted the new initiatives launched by Federal Ministry of Commerce. These included identifying and the opening of new sectors in African states, the formation of trade groups, special trade facilitation, more incentives for trade in Africa like 2 per cent extra duty drawback to Pakistani exporters to this continent. “Pakistani entrepreneurs will be encouraged to explore Africa,” he reaffirmed.

The Secretary said there should be regular seminars and interactions for the exchange of information on trade and investment between Pakistan and Africa.

He underlined the need for joint work for developing a roadmap for sustained and stronger economic relationship between Pakistan and African countries.

Federal Ministry of Commerce Director Human Resources Qamar-uz-Zaman presented a review of Pakistan’s trade with African countries and the potential in various sectors for trade and investment which needed to be exploited.

The diplomats and delegates from African countries also spoke on trade and investment potential of Africa, the continent rich in natural resources especially minerals.