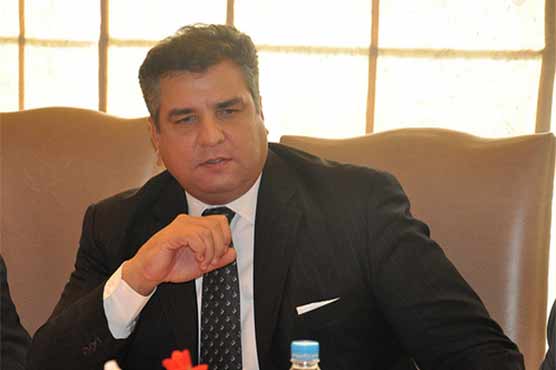 ISLAMABAD: While the process of privatising government entities has been halted after few transactions of profitable organisations, the government has decided to accelerate the process during its remaining tenure.

Privatisation Minister Daniyal Aziz claimed that his ministry has started reviewing the process of privatising 18 government institutions as the government was facing billions of rupees worth monthly losses by running these organisations.

Briefing the first ever meeting of National Assembly’s Standing Committee on Privatisation on Wednesday, Daniyal said the Privatisation Commission (PC) Board in its meeting held on November 2, 2017, has agreed to proceed for privatisation of FWBL, HBFC, PRCL, and NICL as per the provision of the PC ordinance according to a well thought out framework. The committee’s meeting was held here with its chairman Imran Ahmed Shah in the chair.

PC Director General Mukhtar Paras said that the commission was in process of initiating appointment of financial advisor consortium to undertake the Mari Petroleum transaction. He said that the PC Board has also approved the transaction structure of Pakistan Steel Mills (PSM). Besides liability settlement plan of PSM, in consultation with the National bank of Pakistan, Sui Southern Gas Company, PSMC and Ministry of Industries and Production are also being finalised.

The board, he said, has also approved and recommended to the Cabinet Committee on Privatisation (CCoP), initiation of the process of strategic sales along with management control of power sector entities. In the first phase, it is recommended to initiate the process for NPGCLS, FESCO, IESCO and GEPCO.

Objecting the privatisation move member of the committee from ruling party PML-N Justice (retd) Iftikhar Cheema said that there was a general impression that the government has so far sold-out only profit-making institutions while the losses making entities are still there to burden the economy. Besides, people also claim that the profit-making institutions too have been privatised at below market rates apparently to benefit blue-eyed personnel. “As a judge, I have witnessed the case related to privatising Sui Gas Company. During the government of Parvez Musharraf, it was planned to sell Sui Gas Company for Rs 11 billion. When I, as a judge, asked the buyer of the company, he was even ready to pay 100 per cent increased price for purchasing the entity, showing how the deal was contrary to market price,” he said.

However, Danyial said that his ministry was ready to share any detail about the privatisation process of institutions as PC ensures transparency in the entire process. He admitted that as per privatisation policy there was no condition set for privatising only losses making institutions.

“This is not a job for the government to do business”, he said adding that through the privatisation process revenue could be generated for meeting others expenditures of social safety networks. “We are borrowing money to feed the white elephants,” Daniyal said.

According to him, annual losses of ailing public sector enterprises have swelled to an unprecedented level, increasing the importance of restructuring and private sector participation to ease pressure on the fiscal deficit.  He said the government extended bailout package to PSM amounting to Rs 76 billion including employees’ salaries as of August 31, 2017. However, the total debt and accumulated losses of PSM stood at Rs 99.4 billion and Rs 176.6 billion as of June 30, 2017, respectively. Furthermore, the government has provided guarantees amounting to Rs 161.5 billion on behalf of Pakistan International Airline (PIA) as of June 30, 2017, whereas total borrowing and accumulated losses of PIA amount to Rs 186.5 billion and Rs 316 billion as of December 31, 2016, respectively.

As of now, the ministry’s official claimed that at least 70 entities were approved by the CCoP out of which 42 were included in privatisation program. 26 transactions were initiated by the present government out which only 5 transactions (including UBL, PPL, ABL, HBL and NPCC) were completed. However, the transaction of 18 institutions including OGDCL, FESCO, IESCO, LESCO, QESCO, PESCO, MEPCO, HESCO, SEPCO, GEPCO, JPCL, CPGCL, LPCL, NPGCL, HEC, SLIC, PIA, KAPCO was halted/suspended for various reasons.