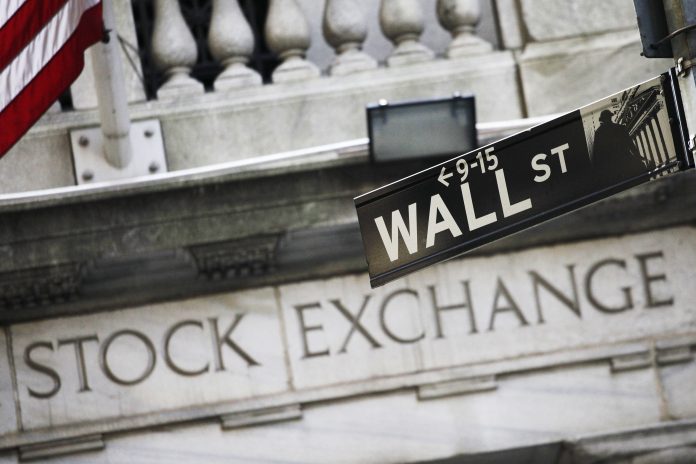 NEW YORK: Wall Street took investors on a turbulent ride Friday as stock indexes veered into a steep slide that knocked 350 points off the Dow Jones industrial average before the market eventually clawed back most of its losses.

The market stumbled after former national security adviser Michael Flynn pleaded guilty to lying to the FBI and said he would cooperate with the probe into Russian meddling in the U.S. presidential election.

That raised concerns among traders that the White House’s legislative agenda, including a tax overhaul under debate in Congress, could be at risk. Those jitters were allayed somewhat by early afternoon, when Senate Republicans signaled they have enough votes to push forward on the tax legislation.

“Once the Senate did announce that they had sufficient votes to move forward, there was a respite and we did come off the lower levels,” said Eric Wiegand, senior portfolio manager for Private Wealth Management at U.S. Bank.

The indexes, which hit record highs earlier this week, had been little changed before Flynn’s plea deal was announced.

“The losses that we saw right when the Flynn information came out — the market just hit an air pocket,” said Phil Orlando, chief equity strategist at Federated Investors.

In pleading guilty Friday to lying to the FBI about his contacts with the Russian ambassador, Flynn admitted he followed directions from a member of President Donald Trump’s transition team. Special Counsel Robert Mueller is examining possible coordination between Russia and the Trump campaign to influence the outcome of the 2016 election. Flynn is the first official who worked in the Trump White House to make a guilty plea in the investigation.

The news of Flynn’s plea came as investors were keeping an eye on Washington, where Republicans moved to make major changes to their proposed tax overhaul package.

Senate Majority Leader Mitch McConnell said after a closed-door meeting of Republican senators that the GOP had the votes to deliver the legislation, which is expected to add $1 trillion to the nation’s deficit over 10 years. It would also slash the corporate tax rate, offer more modest cuts for families and individuals and eliminate several popular deductions.

“The tax bill, in our mind, is going through,” said Orlando. “This Flynn situation, the Mueller investigation, does not derail the tax reform, which we think is essentially at hand.”

The technology sector, an investor favorite since the beginning of the year, accounted for some of the biggest losses Friday. Qorvo fell $2.37, or 3.1 percent, to $74.21.

Ulta Beauty slid 4.1 percent after the beauty products retailer issued a disappointing forecast for the current quarter that overshadowed solid third-quarter results. The stock dropped $9.13 to $212.58.

Investors welcomed news that Blue Apron named a new CEO. The meal kit maker has struggled since its initial public offering in June. The stock rose 24 cents, or 8 percent, to $3.23.

A pickup in crude oil priced helped lift energy stocks, giving the sector the biggest gain in the S&P 500.

Bond prices rose. The yield on the 10-year Treasury fell to 2.36 percent from 2.41 percent late Thursday.