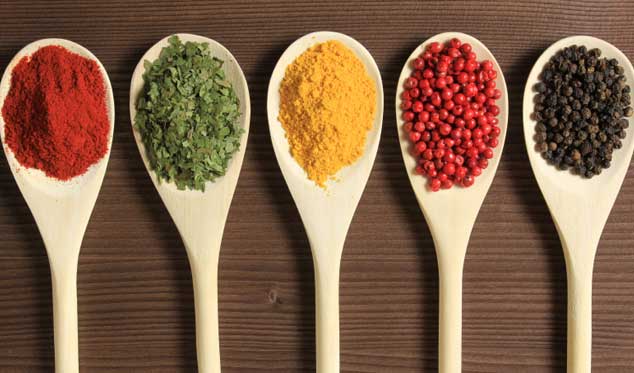 Technavio’s market research analyst predicts the global dehydrated food market to grow at a compound annual growth rate (CAGR) of more than 6% during 2016-2020. With only three organized companies in the business, in Pakistan, the growth apparently seems too slow to be noticed.

Ironically it is the very country where agriculture accounts for a 32% percent of the total gross national product, and where vegetables and fruits – the basic raw material for the dehydrated food industry – are grown in an abundant quantity.

Every year, tons of produce goes waste due to various factors that collide with the perishable nature of this resource. And this has driven the dehydration as a practical solution worldwide, thus preserving fruits and vegetables for far longer without affecting its freshness or nutritional value.

“Dehydrating food is the oldest method of preserving foods; at home, we do it all the time,” explained Tehmina Asad Chaudhry, Managing Director Insta Foods Industries – the second largest Pakistani company in dehydrating business.

“The process of extracting all the moisture out is basically the dehydrating food process and it increases the shelf life of any product,” Chaudhry added.

“The traditional drying systems have not been able to maintain the quality, and the techniques used are unhygienic, unsafe, and nonproductive”, said Chaudhry. “Open drying process incurs more wastage, rewetting, and loss of quality and quantity,” said she, dilating upon the difference between traditional and modern mechanism.

It was 2011 when Tehmina and her entrepreneur husband Asad Chaudhry – after spending a decade in the Middle East – decided to come back to Pakistan and start a business of their own.

An entrepreneur through sheer luck, looking for a livelihood, Asad had moved to the Middle East. After a humbling beginning, Asad was able to venture into multiple businesses there – from the hotel industry to insurance and real estate, learning on the job as he went along.

Then he retraced his steps towards back home with the intent to initiate a venture which could be a business and social enterprise at the same time.

Among the many options the couple entertained, the food sector seemed the most promising. After spending a few months trying to find a potential partner and experiencing a fraud in the name of good faith, the couple ended up in dehydrated food industry which was a large yet untapped market.

“We saw an ad in a newspaper where a businessman was looking for a partnership for the dried processed food industry and we latched onto it”, said Tehmina.

As the partner took off with the couple’s investment, the partnership fell apart. That turned to be a blessing in disguise for Mr and Mrs Chaudhry who by now had the hang of the business.

The couple then did research on the feasibility of the plan for a business in the dehydrated food market and with Asad’s knack for business and Tehmina’s educational background in food and nutrition, the husband/wife team set up Insta Foods Industries.

Soon after the company was setup in Lahore in a rental space, Tehmina who was responsible for the marketing of the company approached large national and multinational companies – also potentially largest consumer of dehydrated food products. Among them were the likes of Unilever, Nestle and Shan Foods, to name but a few.

After an initial persuasion process, Tehmina was able to bring most of the leading companies onboard and Insta Foods began its operations with a relatively small team and minimal investment.

Soon the company was able to set its foot in the local food market and giants such as MonSalwa, National Foods, K&N’s, Shangrila Foods etc. became the company’s patrons.

“Our major dehydrated products are onions, garlic, potatoes and green chilies – the stuff used most by the food sector,” said Tehmina, while talking of the large production facility that produces a minimum of one ton of dehydrated food every day in multiple categories.

According to Tehmina, due to the industry’s inherent potential, any company that provides quality assurance and sustainability to its clients would do well in this particular niche as the clients’ needs are way higher than what suppliers can provide.

“This is such a big market, agriculture itself, and then the process of dehydration,” stated Tehmina. “At this stage, I can tell you, we have fewer suppliers and more procurers of dehydrated foods. Sometimes we have to turn down clients due to our limited resources and capacity,” said she.

Already contributing more than 50% to foreign exchange earnings, the agricultural sector can be further strengthened if only the local producers meet the rising export demand of processed and dehydrated fruits and vegetables. As of now, export of raw processed fruits and vegetables stands at zero; the finished (value-added products) however are exported in a sizable quantity.

Tehmina believes that due to the quality of Pakistan’s produce, the export can grow exponentially – the only requirement being suppliers who can meet the stringent international food standards.

Aiming to enter the export market

Insta Foods is aiming to expand its export operations as well, though it’s too soon to venture into the huge global market – growing rapidly with Pakistan’s ubiquitously absent.

With an employee headcount of 50 and a newly constructed one-acre production facility on the outskirts of Lahore, where they moved only last year, Insta Foods has now become the second largest dehydrated food supplier in a short span of time with companies such as MonSalwa, National Foods, and Unilever still on their portfolio. The partnership with the rest has come to an end since Mr and Mrs Chaudhry are now working on a line of their own.

Under the name of Insta Foods, Tehmina and her better half have now initiated a line of green chili-based spices mix.

“Red chili is the main ingredient in most of the readymade spice mixtures, we are substituting it with green chili which is a healthier and longer lasting option,” said Tehmina of her newest venture.

As per the company’s research, red chili and its biproducts are one of the main causes of ulcer and other diseases. Believers in ‘healthwise secure food’, Asad and Tehmina initiated green chili spices earlier this year to provide an alternative to everyday cooking.

“We have one of the best produce of green chilies locally; red chilies are not even our local produce. We thought let’s utilize our own locally-grown stuff and introduce a whole new concept,” Tehmina told of the idea behind.

Although Insta Foods green chili range is only available in Lahore stores at the moment, the company has already started delivery nationwide. The ‘premium product’ as Tehmina puts it is going to target a health conscious and aware consumers.