Descon to expand footprint into South Africa, will acquire small plant for $10 million 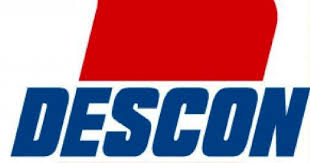 LAHORE: One of Pakistan’s largest companies, Design and Engineering Services and Construction Limited (DESCON) has decided to venture into South Africa by 2018.

The company is set to purchase a small plant in Secunda, South Africa for over $10 million said Descon’s Chairman Abdul Razak Dawood said in an interview to Express Tribune.

This is part of Descon’s strategy to diversify its business, which at one point of time earned 70 percent of its income from its Middle East operations, which contributed to its billion-dollar valuation.

But that pattern has reversed and share of regional income from Middle Eastern operations has declined to 30 percent because of low oil prices.

Dawood said the company came into inception in 1977 with Rs3.2 million in capital and said raising financing for start-ups in its first three years of inception was the hardest part.

He shared that his family background helped him secure financing from banks and did small jobs to keep Descon operational with a minimal workforce. Descon’s chemical group is the cash cow now, as the company generated 356 percent profits from it during financial year 2016-17.

Although Descon has been involved in launching monumental projects, Dawood said the company wasn’t interested in bidding for any projects in China-Pakistan Economic Corridor (CPEC).