PPP Senator Saleem Mandviwalla threatens to move to courts if PML-N government tries to bypass parliament by selling PIA. No plans to shrink PIA network but to aim towards profit maximisation. Meanwhile, PIA set to start charter service in GB. 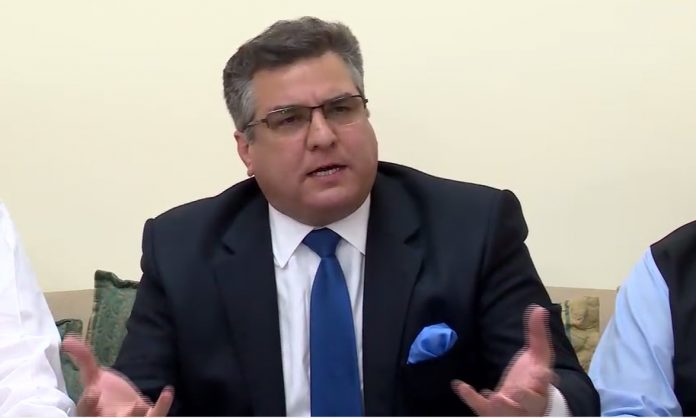 While addressing a Press Conference here in Islamabad, the minister made it clear that the government would sell only core business relating to management and flight operation of the national flag carrier, whereas all other properties would remain in custody of the government.

Daniyal Aziz said the federal government was also planning to establish another company under which all the fixed assets of PIA would be managed.

The privatisation minister ensured that during the privatisation process, all legal rights and monetary benefits of the employees of the airlines would be fully protected.

He said it is inevitable to privatise PIA as the state has borne at least Rs 325 billion worth of losses to keep the national afloat in operation.

He said that the economy is burdened by Rs 600 billion annually owing to loss-bearing companies which is why they are needed to be privatised.

He criticised political opponents of the ruling PML-N by saying that Pakistan People’s Party (PPP) has double standards when it comes to privatisation.

On the other hand, PPP has announced to stop proposed privatisation of PIA at every forum. Senate Standing Committee on Finance Chairman and PPP leader Senator Saleem Mandviwalla in a statement has warned the government of selling off PIA to its favourite’s. “PPP will stop every effort of the government to privatise PIA. PPP will not allow the government to sale the national assets to its own men”, he added.

Senator Mandviwalla said “Parliament has already stopped the government to privatise the national carrier; it has passed a bill which does not allow the privatisation of PIA.  PML-N should not try to bypass the parliament.”

“PPP will move to courts if the government tries to privatise PIA and will use every forum to stop it,” he said adding that the ruling party has completely failed to reform loss making Public Sector Institutions specially PIA and Pakistan Steel Mills. It has failed to fulfil the promises made during election 2013. Mandviwalla asked the government to review Aviation Policy especially Open Sky Policy which is damaging PIA.

PIA has no plans to shrink its network

Meanwhile, PIA has no plans to shrink its network purposely as falsely reported in a section of media, said a press release here on Monday.

The press release said that the news is not only misleading but is also creating a wrong perception aimed at damaging the image of the airline affecting its sales.

As per modern airlines industry practice, new routes are added and others are suspended based on their performance. Similarly, from time to time PIA has been adding new stations along with rationalising and re-structuring its poor performing routes. The 2018 operating plan has been developed and is based around the core idea of becoming economically viable.

Earlier PIA presented its 5-year plan to the Prime Minister of Pakistan Shahid Khaqan Abbasi. As part of the 5-year business plan, detailed and comprehensive studies have been done minutely for each sector to rationalise the network.

PIA would also explore new potential routes with a relatively smaller fleet but with higher planned utilisation. It will also induct more aircraft in 2018 in addition to B777-300 of 442 capacity already added in August last year. With fewer wet lease aircrafts and with the new addition of cost-efficient dry lease aircraft, swapping and expanding capacity on better potential existing and new routes, PIA will be moving towards its clear goal of revenue optimisation with a lower cost base. This will have a positive impact on operating profit and losses.

Despite huge losses and government’s plans to privatise the national carrier, PIA has planned to start special charter flights for Gilgit-Baltistan (GB) to provide better and safe travelling facilities to the tourists.

The CEO added that the purpose of his visit is to analyse different options and prospects to improve PIA service keeping in view of the record increase in the arrival of foreign and domestic tourists during last two years in GB.

Rasool said tourism, business and economic activities would get a tremendous boost due to the increase of flights and bringing further improvement in the service in the province.

Facebook
Twitter
Linkedin
WhatsApp
Email
Previous articlePakistan to participate in the world’s largest consumer goods show in Germany
Next article2018 to be a bumper year for Pakistan’s cement sector: Report