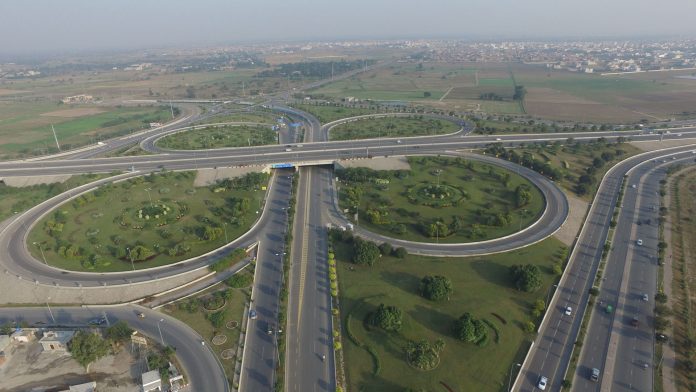 ISLAMABAD: Minister for Parliamentary Affairs Sheikh Aftab Ahmed Monday apprised the Senate that the government had constructed 13,000 km network of roads across the country during the last four and half years.

Winding up a debate on a deferred motion moved by Muhammad Talha Mehmood to discuss the overall performance of National Highway Authority (NHA) with particular reference to its ongoing projects of motorways and national highways, he said efforts were being made to expand the network of roads across the country.

He dispelled the impression that no road project under China–Pakistan Economic Corridor (CPEC) was being shelved or dropped but were being completed on a fast track.

The minister said the process of constructing motorways was started by the PML-N government in 1997 by constructing Islamabad-Lahore Motorway.

He said no province would be deprived of CPEC related projects and all provinces would get their due share.

Aftab Ahmed said international standards were being adopted in the construction of motorways and highways adding that laboratories had been set up to check standard and quality of roads.

He added that the revenue collected from toll plazas was being used for repair and maintenance of highways and motorways.

Earlier, speaking on the motion, Talha Mehmood said there was dire need to upgrade our existing motorways as traffic had almost been doubled on it.

He said special attention was being given on construction of motorways only in Punjab asking the government to extend motorways network to other provinces.

Saeedul Hassan Mandokhail said the quality of roads other than Punjab was very substandard and alleged that even western route of China Pakistan Economic Corridor was also being dropped.

Mukhtar Ahmed Dhamra said the NHA had doubled the toll tax but the amount was not being spent on repair of roads network in the provinces.

Kalsoom Parveen said no motorway was constructed in Balochistan so far and stressed for expansion of roads network in the provinces ahead of the completion of CPEC.

She also demanded the construction of the motorway between Islamabad and Quetta.