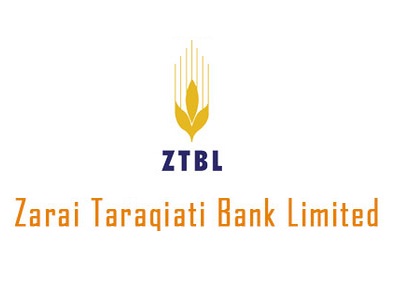 During a meeting of the committee which was held under the chairmanship of Member National Assembly (MNA) Qaiser Ahmed Shaikh, the parliamentary body agreed to allow the tax exemption demanded by ZTBL. At the same time, the committee also recommended tax exemption on specified lending through commercial banks as well.

The committee recommended that government should give exemptions to ZTBL and other commercial banks on lending to farmers.

According to documents available with Pakistan Today, ZTBL through an application had requested the committee to consider the issue. According to the documents, the core objective of the ZTBL set by the government is to uplift the agriculture sector by providing substantial rural finance and banking services to small farmers and low-income houses at affordable markup rates. Agricultural development thus remains the prime focus of the bank instead of generating profits. Prior to its conversion into ZTBL, Agriculture Development Bank of Pakistan (ADBP) was exempted from levy of income tax vide Agricultural Development Bank of Pakistan Ordinance 1961.

Besides, the application of 7th Schedule of Income Tax Ordinance 2001 to ZTBL like other commercial banks is irrational, extraneous and a major impediment in the bank’s contribution towards the development of the agricultural economy of Pakistan.

On the government’s directives, the bank is maintaining geographical equality in financial services for the development of all the provinces of Pakistan. ZTBL branches are operating in rural and underdeveloped areas to provide financial services to a greater number of rural clientage. Income generated by ZTBL through its operations is ploughed back for the development of the agricultural economy which ultimately contributes to the public exchequer.

Currently, no domestic or foreign credit lines or other financial resources are available to ZTBL for enhancing outreach and diversifying its loan portfolio. Due to financial constraints, the bank is facing operational difficulties to enhance agricultural lending at affordable rates of mark up while there is a huge gap in the supply and demand of agricultural credit in the country.

The proposed subclause is requested to be added in Clause 66 of Part I of the 2nd Section of Income Tax Ordinances, 2001 as follows; “Zarai Taraqiati Bank limited constituted under Agricultural Development Bank of Pakistan (Reorganisation and conversion) Ordinance, 2002.”