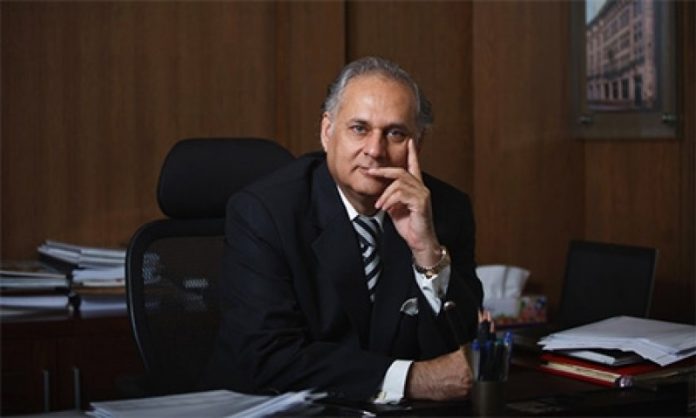 KARACHI: Sirajuddin Aziz has been elevated as the Group Financial Institutions CEO, along with being entrusted with other responsibilities, in Habib Bank AG Zurich Group. Aziz has served as HabibMetro Bank President and CEO since 2012.

In his tenure at the helm of the organisation, the Bank grew manifold, organically, with its branch outreach increasing from 163 branches in 24 cities in 2012 to 320 branches in 94 cities by the end of 2017. During this period, the Bank’s deposit base also amplified significantly; increasing from Rs 185 billion in 2012 to Rs 518.3 billion in 2017, while the quantum of trade business exhibited an augmentation as well.

In a meeting of the Board of Directors, where the decision was announced, Aziz stated, ‘My journey of the last six-plus years with the Bank has been an immensely rewarding and a motivating experience. I leave HabibMetro Bank at a juncture from where I am positive it will climb to greater orbits of success.’

Before joining HabibMetro Bank, Aziz served as Bank Alfalah COO and CEO from 2006 till 2012. He has worked in various positions in Pakistan, China, Hong Kong, UK, Nigeria and the UAE for over 25 years.

Aziz will be succeeded by Mohsin Nathani as the President and CEO of HabibMetro Bank.

Nathani is a seasoned corporate banker with over 25 years of banking experience, covering Asia (East and South-East), Middle East and Levant regions. He served as Standard Chartered Bank Pakistan CEO before moving to Standard Chartered PLC, UAE as CEO.