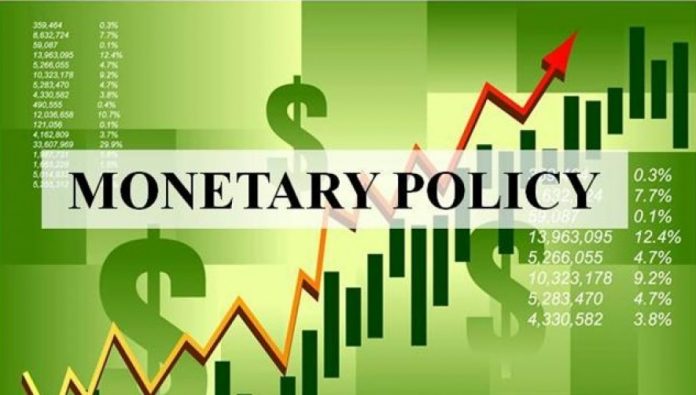 KARACHI: The Monetary Policy Committee of the State Bank of Pakistan (SBP) has decided to maintain the benchmark interest rate at 6 per cent for the next two months.

It is of the view that some time should be allowed for the impact of recent policy developments to unfold, a statement released by the central bank said on Friday.

The benchmark rate determines the cost of overnight funds in the money market. The central bank uses it as a tool to control money supply in the economy and manage both economic growth and inflationary trends.

Most analysts expected the central bank to increase the rate by 25-50 basis points. Their expectation was based on the fact that inflation was building up amid rising petroleum prices. But the central bank seems to have given more weight to the prospects of higher economic growth going forward: a low interest rate is supposed to spur economic activities as businesses borrow more when the cost of funds is down.

The central bank had raised the rate by 25 basis points in its preceding policy announcement in January.

“The prospects of achieving an eleven-year high growth rate remains strong with average headline inflation within comfortable bounds for 2017-18 and 2018-19,” the SBP statement said.

Acknowledging the dangers that high current account and fiscal deficits pose, the SBP noted that the trend can affect medium-term economic stability. “However, recent adjustments stemming from greater exchange rate flexibility, active monetary management as well as visible improvements in exports and remittances are expected to bear fruit for the medium term in terms of sustaining the growth momentum without posing a risk to stability,” it added.

The central bank let the rupee lose 4.4 per cent value against the dollar a couple of weeks back. The move was aimed at making exports competitive in the international market while curbing the growing trend in imports. But the impact of the devaluation appears on the trade balance with a lag, which is why the SBP decided to maintain the status quo for the time being.

Yet analysts believe that an increase in the key interest rate is inevitable. According to Taurus Securities, the decision to maintain the status quo was on the back of subdued inflation. “The policy decision seems to (be) precautionary before making any abrupt changes,” it said, adding that it expects a hike of 1 per cent in 2018 (calendar year) on the back of a weakened rupee, widening current account gap, expectation of higher inflation in coming months and growing consumer spending.

The SBP also hinted at shoring up foreign exchange reserves and anchoring sentiments in the forex market through external inflows (of both official and commercial nature), which the federal government is planning to mobilise.