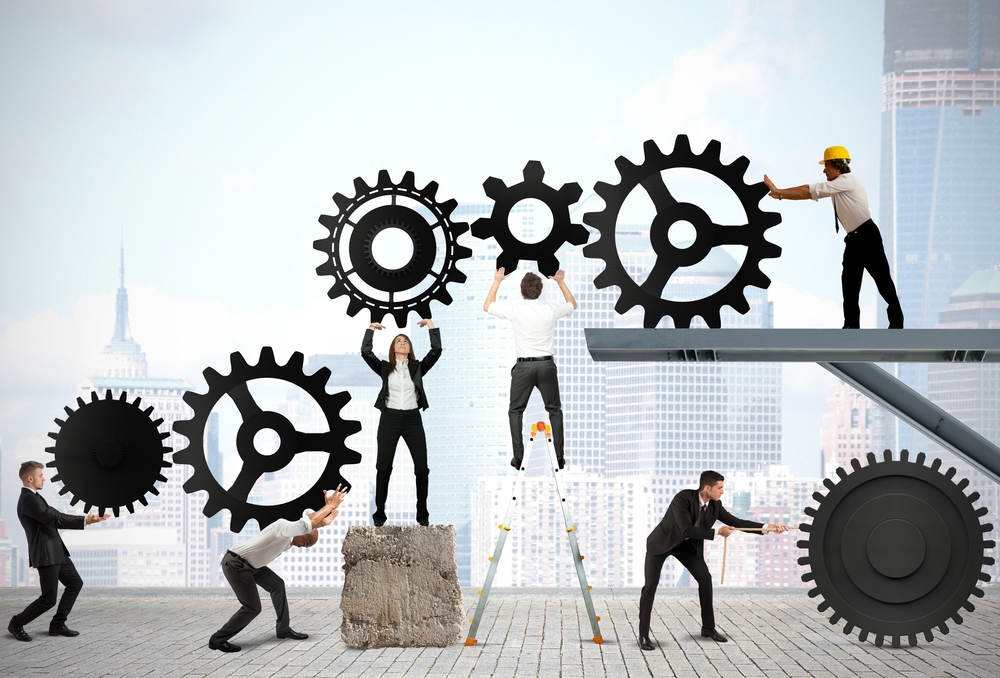 Whether it is public or private, profit or nonprofit every organization needs a strong culture and highly-trained management to achieve its objectives, culture controls our movements as well as empowerment of its management and down-the-line work force to take difficult decisions in difficult times.

It’s a rather common occurrence that despite low capital, smaller number of employees and next to no budget for marketing, some rather small-sized companies punch well above their weight show comparatively better results than bigger entities with greater resources. What makes makes the difference is good management and strong culture.

The management controls an organization; if it is working well, with decision-making prompt and proactive,  the company would have increased production, profitability and goodwill, while its employees would have greater job satisfaction and clients would be happy too.

It was the management that turned Exxon into Engro Corporation, the largest private sector conglomerate in this country, and the one that can be compared with sophisticated companies in the second and first worlds.

On the other hand, if we look at PIA – a world class airline once – it is only a ghost of its glory days owing to pathetic management and a culture where self comes before the company.

Usman A Ghani, advisor to the dean and adjunct professor at University of Texas at Dallas and chairman of Conflucore, a consulting firm, in conversation with Profit talked about five crucial things that contribute to a strong company culture and create a great organisation.

Here is the golden quintet, as identified by the management guru.

A company doesn’t mean an entity that merely produces some product to put up for sale. We can only create great companies when we have vision to bring betterment in any aspect of society or solve some issue of the humanity, says Usman A Ghani, Mechanical Engineer from NED University went to management side after understood importance of management. “I swapped engineering with management, since the latter controls every other department.”

For instance, a company wants to solve oral health issues of a society it starts producing toothpaste, if a corporation is intent on making justice to prevail in society it opens a law firm to give individuals better lawyers to provide them quality legal assistance, said he.

When somebody sees companies struggling with their accounts he launches an accountant firm to give an efficient service to the society, he added.

Vision to serve one’s clients through a service or product separates a good company from a bunch of bad companies in every society in the world.

“We should keep asking ourselves what is the difference between us and the other companies in the market. A company can simply make itself different by charting a long-term vision and strong culture as all over the world 80-90 percent of the companies have poor culture. In Pakistan, the situation is even worse with regard to culture. Only 10 to 20 percent dare to lay down the contours of a culture and when the going gets tough not to compromise on the principles,” said Usman.

A pharmaceutical company might sell compromised quality medicine but in the long run only the enterprise that produces topnotch remedies would prosper, said Usman.

“Once cheated, a patron or a client would not return, for no one likes to be made a fool of or be a loser time and time again,” said he.

Companies known for their values invariably court success. Each business should decide for itself the values it would be run by and stick to them while dealing with its stakeholders. Unless the employees, particularly the top management of a company, keeps faith in its avowed values, they will neither be successful nor last in business.

All companies should decide what their values would be, for they would be dealing inside with employees and outside with their patrons.

Values mean on what conditions would define its partnerships: if one falls in trouble would others go out to assist, would they help each other fill their skill gaps so that each could move ahead, said Usman, adding, “Without values fostered by the management, companies cannot make a meaningful progress.”

Companies should always opt for the long-term view and carve a path accordingly. “Some companies are forced to shut shop in a matter of years despite starting with such promise, while other go on for generations – their strategies separating the success stories from the failures.

“In the long run, ups and downs would invariably come; the organizations that are ready for bad times tide over them. Only the strong [managers] help companies to stay the course sticking to the values in bad times. Many a company often compromise its values for short term gains, but compromising entities will lose in the long run,” said the professor.

If a company aims to succeed, it ought to develop its human resource – particularly development of its upper-tier management.

“If a frontline employee is put through training and his manager does not allow him to practice the new things that his learned, the knowledge gained would be in vain. On the other hand when a manager gets a similar training, he can make the entire outfit under him imbibe it and put it to practical use.

Getz Pharma and Atlas Honda are the prime examples of this assertion. Yusuf Shirazi, the chairman of Atlas Group was 55 when he went Harvard to hone his management skills further.

Khalid Nawaz Awan adopted the very same characteristics to transform TCS into a brand to reckon with. “I can remember their little one shop office at the intersection of Shaheed Millat Road and Drigh Road in Karachi.

The companies that adapt with the passage of time, basing their foundations on knowledge, taste, technology, and awareness of new trends in consumer preferences prosper. But not all companies do that, but they’re condemned to suffer.

Good managers are not born, they are trained. The ‘Management by Rotation’ is an excellent way to train new managers. Sometimes an employee complains that he had been put in a department he has never worked for; this person should understand that it may benefit his career, for his diverse experience may one day lead him to the top rung.

“Employees can be changed into good managers. The ‘Management of Rotation’ is the most effective and practiced way not in just Pakistan but all over the world,” said the professor.

“Imparting training to top management is an imperative. When a top manager learns something it translates into learning to the rest of the company. Therefore managers, including mid- and upper-tier, should go for training whenever they feel their growth has reached stagnation level.

“People culturally follow film heroes, while the bosses are professional heroes, and employees follow them to take professional leads from them,” said Usman Ghani.

One reason organisations do not send talent for training is the thinking that once better equipped employee will ditch the company, said Usman, adding, but it is not true. Once a finance chief showed concern that what will the company do if the managers who were put through advanced training leave company when offered a better opportunity, the CEO retorted, “if they stayed here without training what will we do.”

Yusuf Shirazi, chairman of the Atlas Group, sent 18 of his managers to Harvard for top-of-the-line training. He has retained the whole lot as trained people never leave opportunity-providing companies. On the contrary, we see that the greedy companies not spending anything on the training of its employees, are always ready to leave the company as soon as they’re offered a new job.

Confluence of the quintet:

These five ingredients are called confluence, and when it happens, it can transform a company. Companies with long-term vision create organisational culture, by asking themselves what sort of culture they need to separate themselves from other companies.

Companies should always opt for a culture that focuses on customer care. “When we adhere to human values instead of relying on machines, we will obtain the desired results too”, said Usman.

“At the Atlas Group, I saw employees coming on time without any compulsion or stress from the organisation but because of environment. On the other hand, we see lots of companies laying stress on observing time, yet employees invariably report late for work. It is the company culture which makes employee observe punctuality and work harder is etched on their hearts. By accepting the notion that ‘the customer is always right’ in reality they accept their boss is correct too.”

Some companies honour difference of opinion as they know this conflict may lead to newer heights. Good culture considers the long run, with no incompetent person remaining part of the system – like after a body part transplant, either it would be accepted or rejected. It just cannot survive despite being unaccepted.

Good companies not only create culture but also honour people who contribute towards it and write about it in their early reports even if there nothing much for the employee to show other than this by way of performance.Usman A Ghani said, he remembers in the 1960s, 20 airlines used Karachi as their hub with another five requests for landing rights pending with the authorities. At that time, Pakistan had fewer managers due to lack of resources, but those were good managers while now we have a plethora of managers but few are efficient enough for the job.

Long-term policies can only be made by with a futuristic outlook, keeping in view the interest of coming generations. “Management and culture are like a company’s mirror, their movements a reflections of these,” said Usman in conclusion.