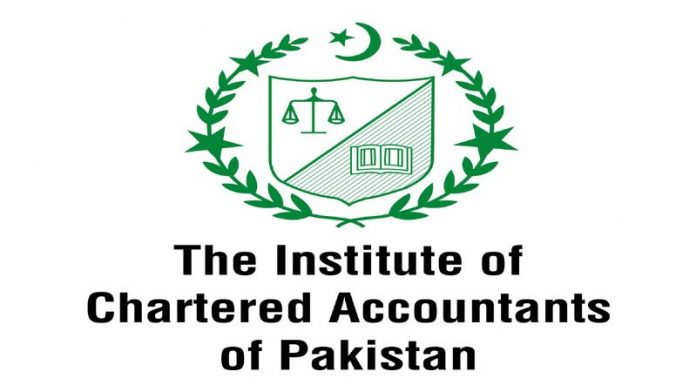 ISLAMABAD: The Institute of Chartered Accountants of Pakistan (ICAP) recommends that the government bring all sectors of the economy to the tax-net, irrespective of the source of earnings.

The ICAP held a media briefing on Thursday in which the organization gave the next year budget proposals to the Federal Board of Revenue (FBR).

Chairman Committee on Fiscal Laws and Council Member ICAP Ashfaq Tola said that Pakistan’s tax-to-GDP ratio is the main impediment in economic development, which has compelled the government to take short-term tax measures. At present, there is an over-dependence on indirect taxes. It is, therefore felt that withholding tax in indirect taxes both at federal and provincial levels should be withdrawn. The FBR should focus on increasing the tax base instead of further burdening the existing taxpayers, they added.

The corporate sector, which is the most documented segment of the economy, has been neglected due to extreme abrupt tax collection measures taken by the government in order to meet annual budget targets. Further, the organized sector is seriously affected by incidence of sales tax (and federal excise duty, where applicable) as against non-documented economy or unorganized sector.

The service, wholesale/retail, transport and the agriculture business sectors are still not fully documented and most of them are out of the tax net. Even more than three million persons having commercial electricity connections are hardly into the tax net. There is a serious need for the policymakers to simplify the complex system of determining the tax liability. Immediate remedial measures include abolishing taxes like alternative corporate tax, tax on undistributed profits and super tax, they maintained.

Ashfaq Tola said that service providers, both corporate and non-corporate, should be exempted from levy of minimum tax. By charging nominal additional tax and creating narrow difference in tax deduction of filers and non-filers, the government failed to attract unregistered persons to get themselves registered. In order to obtain/utilize party wise data of unregistered persons from whom sales tax at 1 per cent is deducted, a minimum threshold for sales tax withholding should be introduced in lines with the Income Tax Law, he added.

It suggested that anyone who earns beyond a certain threshold of income should be mandatorily required to file tax returns moreover an efficient model for growth requires equitable taxation and credible tax administration.

To promote transparency and uniform interpretation, the first schedule should be standardised covering all services along with standard tariff headings and standard definitions.

The tax administration requires institutional rebuilding, designed to strengthen the independent policy-making role of Federal Board of Revenue (FBR), modernize the tax system and formulate independent, fair and transparent tax policies. Efforts are required to separate tax policy and tax administration. The FBR should be responsible for implementation of policies and collection of revenue only. The FBR may be converted to an autonomous and independent institution that has structural and strategic support necessary for its organizational development and capacity building.

Power to make adjustments to compute accounting income should not rest with commissioner and accounting income as reported in the audited financial statements of the organization, which are prepared in accordance with IFRS and Companies Act 2017 should be considered.

It has become practice of tax authorities of visiting the taxpayer’s bank and coercing the bank manager to immediately pay the amount from taxpayer’s account against the tax amount recoverable or else face the consequences. In some cases, recoveries are made in haste even where the matter has already been decided by the judicial forum in favor of taxpayer.