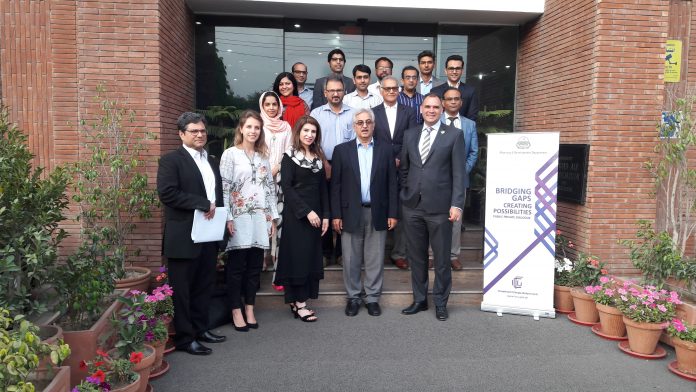 LAHORE: The Investment Climate Reform Unit (ICRU), Planning and Development, Punjab, held the first task force meeting, to address the taxation issues faced by the private sector in the province. The task force on taxation reforms is an extension of the Public-Private Dialogue Council, formulated under the PPD mechanism of ICRU, and is one of the several critical decision undertaken during the 3rd PPD Council session chaired by P&D Board Chairman Mohammad Jehanzeb Khan upon the request of the private sector.

The main areas of discussion during the meeting were the frequency of taxation and need for harmonisation of tax regimes between the provinces and the federal government. A need for the establishment of one agency for collection of tax was also brought to light. It was further deliberated that these issues not only adversely affect the profitability but also restrain competition in the market.

Bangash recognised the contributions made by the private sector to the national exchequer with its commendable revenue generation and also as a source of employment generation. She also reiterated the message of the P&D Board chairman that ICRU is a friend and partner of the private sector form the government by assuring the participants that their proposed recommendations will be escalated to the high echelons of government which were crucial in the creation of an enabling business environment in the province.

At the end of the session, the private sector welcomed the initiative of the public-private dialogue by ICRU and expressed their enthusiasm and commitment to bring about a business enabling environment in Punjab.