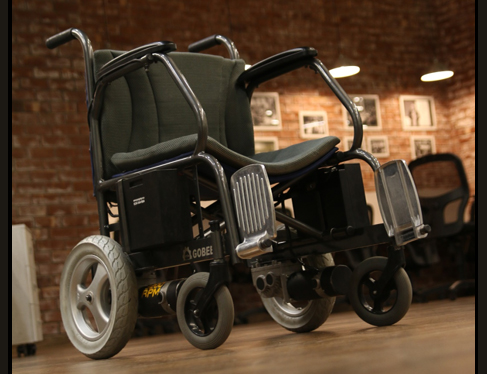 GOBEE aims to assist differently-abled persons by infusing technology into healthcare products. It is a commercially available electric wheelchair which can be operated by voice commands. Users can even pair it with their smartphones using Bluetooth or WiFi and remote control the device over a range of 100 feet.

Some of its other features include a top speed of 18 kph and 150 minutes charging time. GOBEE’s prototype secured the Best Consumer Product Design title at National Design Awards 2018 – organised by UX Pakistan – because of being water repellent, anti-rusting, and had alloy rim wheels coupled with anti-sweat technology sofa seat.

IS THERE A MARKET?

Currently, electric wheelchairs are imported from other countries, especially China. Tech experts believe that with the introduction of such competitive products, the local industry can flourish.

GOBEE is not only cheaper than the imported wheelchairs but it also comes with a six-month warranty.

Operations have already commenced distributing GOBEE in Pakistani markets. It may also be exported after its compliance with international health regulations (IHR) of World Health Organisation (WHO).

Faaiz Arbab, a student at LUMS, wasn’t really confident that his idea will be well-received by the varsity’s incubation centre, NIC. Although he was able to design an electric wheelchair many years ago while doing his graduation from the UET and had also won a special prize for it during a science competition, Faaiz had completely given up on his dream after he started doing a full-time job.

After quitting his position, he returned to pursue his idea. Faaiz had to take a fresh start since he had sold out all hardware equipment, but that didn’t let him down because the NIC had selected his idea and considered it a potential marketable product.

In conversation with Pakistan Today, he recalled, “I started again, This was the third time I started over from scratch. I had to prove myself. It was a do or die situation for me. Working 20 hours a day, I helped correct my product perception and was able to make something that was validated by customers and iterated by user’s feedback.”

AYECo’s founder has a future goal of upgrading his product with IP camera and artificial intelligence. He envisions better and cheaper tech solutions to help people become physically independent of their disabilities. His goal is to design disabled-friendly cities.