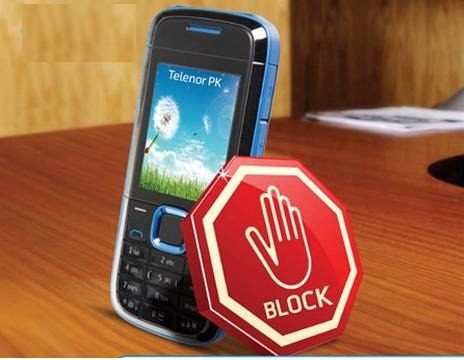 The DIRBS system would allow PTA to block blocked and stolen phones in use across Pakistan which would include ones with duplicate or non-standard identifiers.

The launch ceremony for DIRBS is set to be held on Thursday where PTA will also celebrate the milestone of 50 million broadband users reached recently across Pakistan.

With the advent of 3G/4G data services in April 2014, smartphone penetration/adoption has surged resulting in inundation of smartphones, tablets and other devices in Pakistan. International Mobile Equipment Identity (IMEI) number of the phone will be used to identify with other identifiers to find out non-compliant devices.

Once the DIRBS system gets activated by PTA and the database starts adding stolen, smuggled and counterfeit devices IMEI’s, this would render the devices useless and would be unable to connect to local mobile networks.

All those reported stolen and smuggled handsets would become blacklisted in PTA’s database which would render the devices useless. Not only would this curb imports of mobile devices via illegal channels but also give the users reassurances that the phones they are using are approved by PTA.

Thriving black-market of stolen and smuggled smartphones is the target of DIRBS and would result in rising revenues and taxes for the government.

PTA will also introduce a Device Verification System (DVS) for the public which will be accessible via its website and enable users to check whether their devices are stolen or legit.

A Device Verification System Interface will be provided by the PTA to type approval holders/authorised distributors for registration/identification of IMEI displayed on the mobile device to verify whether the said device is a compliant mobile device or not issued a certification of compliance to technical standards for IMEI devices issued by PTA, officials said.

The officials said that the devices imported/shipped in accordance with the regulations would be eligible for registration.

They said individuals importing/carrying device(s) for personal use will be required to apply for certification of compliance with technical standards for IMEI devices issued by PTA as per PTA guidelines/SOPs issued from time to time as well as PTA type approval regulations to become eligible for registration of the device(s).

Similarly, un-registered devices will be denied mobile communication service and will be included in blacklist if found operational on the public switched network.

All MNOs/mobile phone companies would need to carry out extensive media campaigns through SMS broadcasts, at their own cost, to educate consumers for the requirement to verify the validity of mobile devices in their use and the procedure for verification of mobile devices available for sale/purchase, using the field verification system of DIRBS.