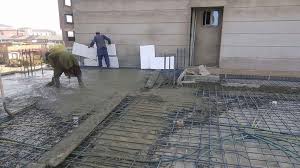 KARACHI: The Supreme Court’s decision on Pakistan’s cement companies as a positive outcome, saying that contrary to market expectations, Bestway Cement Co and DG Khan Cement seemed to have escaped a harsher penalty.

The comments come after the country’s top court ruled that Bestway Cement and DG Khan Cement will find an alternate source of water. The two companies also deposited Rs2 billion as the security deposit, and agreed to pay for the water they use from now on, reports a national daily.

However, they have been given six months to find an alternate to Katas Raj pond that has nearly dried up due to heavy consumption by these companies.

The market was expecting a penalty for the water these companies have already consumed last year, said an analyst.

Hussain said the companies have resolved to establish a reservoir, which will be fed through a water pipeline from Jhelum River, approximately 60km away. The establishment of the new system will help companies meet their water requirements without affecting Katas Raj pond in Chakwal.

According to UBL Funds’ research analyst Anjali Rawlani, the companies must establish their alternate source of water in a six-month period.

The installation of the pipeline is expected to cost around Rs2 to 2.5 billion while establishing a reservoir similar to Katas Raj pond size would cost around Rs100-150 million. The pond occupies an area of around 15,000 square feet with a maximum depth of 20 feet.

Until the new target of establishing a reservoir is achieved, the companies would be paying Punjab government for the water they use.

Last year in November, the Supreme Court took notice of the drying up of Katas Raj Temple pond due to the extraction of a large amount of groundwater by nearby cement factories through a number of wells, which resulted in declining water levels.

Cement factories located in the vicinity of the pond are Bestway, DG Khan Cement, Gharibwal Cement and Dandot Cement. The first two fall in the red zone i.e. the area where cement factories are affecting the pond.

The Punjab government is yet to decide the tariff rate for water usage until an alternative is available.

Both DG Khan and Bestway will incur a one-time expense for six months. According to Hussain, if the companies are charged at Rs0.25 per liter as water conservancy charge as proposed by the Additional Advocate General Punjab in the court, then Bestway would have to pay Rs250 million, while DG Khan would be charged Rs175 million. This may reduce earnings for the two companies by a meagre 2% in FY19.