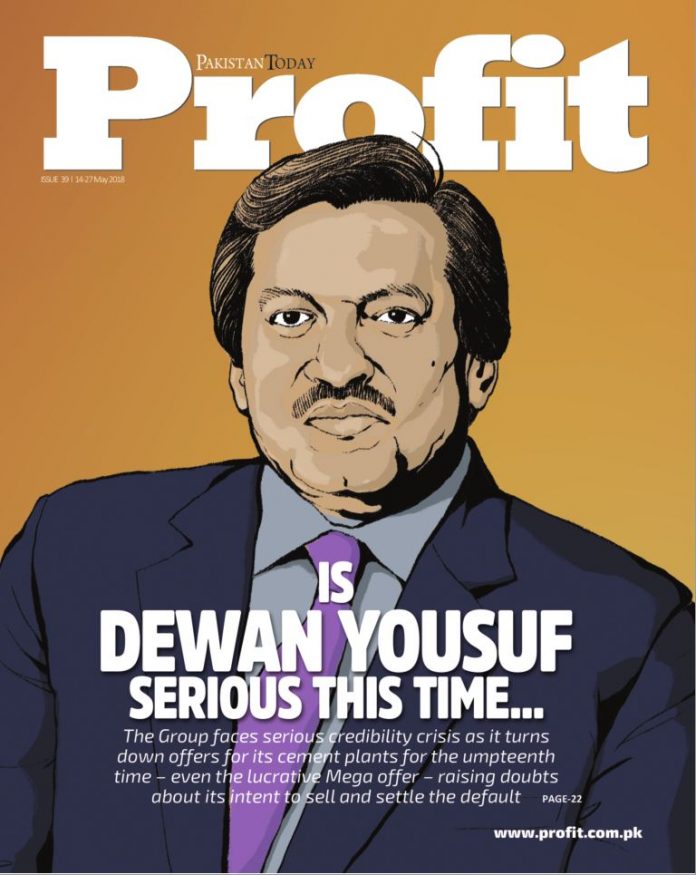 A cat might have nine lives but Dewan Group’s Dewan Yousuf seems to have thirteen. And counting.

The banks, to whom he owes quite a packet, have been at it since long, asking him to sell off his prized Dewan Cement to pay them back. A total of thirteen local and international players have expressed interest in buying the company, with some even having gone on to the later stages of paperwork. But Dewan always slipped out. Not a good deal, he maintained every time. And got away with it as well. Still has his cement company despite the significant debt. Has his cake and eating it, too.

Many doubts, here, about the validity of his objections to the acquisitions. Even the consultant firm that he himself tasked with evaluating offer number 13 (Mega Corporate Ltd) said that it was a really good deal. But, no.

The fellow has been rather skittish in giving out the reasons for turning down the offers. At times, he even alleges that some of the banks themselves don’t want the sale to go through. A hard sell, this argument. By now the banks just want to take their money and run. At other times, he says that he is in this position in the first place because of the banks. They didn’t extend my credit lines when I needed them the most, is his line.

Surely it can’t all be the banks’ fault. What if he just can’t run a tight ship? Amongst the biggest cement companies, his has the lowest profit margins. His cement factories are very well located, making it difficult for them not to be as profitable as the other firms. This has led to allegations of there being some hanky-panky at the factories; that the margins were, in fact, high and that money was being siphoned off.

Nonsense, says Dewan Cement. Our books are audited routinely; are you implying that the regulator is sleeping?

That is an argument I have long had a problem with. Having audited books doesn’t mean quite what is commonly thought. Doesn’t preclude the possibility of there being a scam. Just think about it: all the mega scandals, like Enron’s, for instance, took place right under the nose of auditors as well as the regulators. Imagine how malicious corporates would be able to game the system here in Pakistan.

Post-script: a word, here, about the banks. The hive-mind of the nation’s bankers is patently unimaginative. Dewan was once the darling of the banks and everyone was beating a path to his door. Why?

Herd mentality, rather than a close look at business fundamentals, characterises the corporate lending decisions of our banking sector.

They had it coming.

Is Dewan Yousuf serious or will he hoodwink everyone yet again?