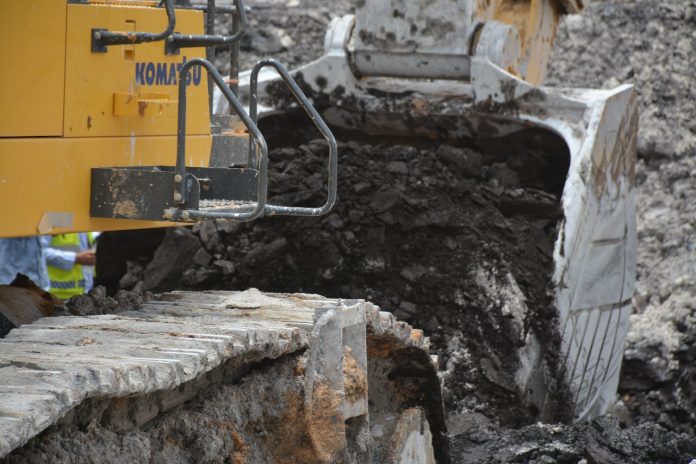 ISLAMABAD: In a discovery that has brought hope to millions in the energy-starved nation, the first layer of indigenous coal from Thar Coal Block II was unearthed on Sunday which essentially means that thousands of megawatts of cheap electricity  can be produced from a local source of coal and power the country for decades to come.

The discovery was made by Sindh Engro Coal Mining (SECMC) on Sunday after unearthing the first layer of indigenous coal from its open-pit coal mine in Thar Coal Block II, at a depth of 140 meters (460 feet) below the surface.

The mining firm’s machinery has taken out the first layer from an estimated 2.04 billion tons of coal resources in Thar Coal Block II after successfully dewatering the second acquirer, five months ahead of schedule.

The successful extraction of the first coal seam not only proves that Thar’s indigenous coal is exploitable but can produce thousands of megawatts of cheap electricity for many decades, announced SECMC’s Chief Executive Officer (CEO) Shamsuddin Shaikh, after witnessing the coal unearthing at the bottom of the mine pit in Thar Coal Block II.

A Joint Venture (JV) between the Sindh government and six private sponsors including Engro Energy, Thal Ltd, Habib Bank Ltd, Hubco, and two Chinese companies CMEC and SPIC, SECMC is the largest Public Private Partnership in Pakistan to explore and develop Pakistan’s first open-pit coal mine with an annual output of 3.8 million tonnes.  The entire coal production will be supplied to Engro Powergen Thar Limited (EPTL) which is putting up a 2×330 MW mine-mouth power plant which is targeting to start power generation before the end of this year. Both these projects are part of the China Pakistan Economic Corridor (CPEC) and are being constructed in collaboration with Chinese Contractors.

Congratulating the nation, especially the people of Thar, Shaikh said that it’s a matter of great pride for the nation that country’s indigenous energy resource will play a key role in circumventing the current energy crisis.

“This is the moment for which all Pakistanis had been waiting for the past 25 years, ever since coal was first discovered in Thar,” said Shaikh.

He thanked all the sponsors of this mega project, lenders, Federal Government and specially Sindh Government for providing whole-hearted support to make the dream of Thar a reality.

Commenting on the performance of SECMC, Shaikh added that we have completed 16 million safe man-hours while removing 90 million cubic meters of overburden (earth), and we did it 5 months ahead schedule, and targeting a savings of $110 million versus the budgeted cost, all of which is unprecedented for a mega project like this.

Sharing the future plans, Shaikh said that company has planned to rapidly expand the mine in Block-II to reach its optimum capacity to produce 5000 MWs by 2024 which will drastically reduce the coal price making Thar Block-II not only the cheapest block in Thar, it will be the cheapest base load energy resource in the Country with a power tariff of approximately 5 US cents per kWh.

He requested both the Federal and Provisional Government to hold the development of all other coal blocks in Thar till SECMC’s Block II reaches its optimum capacity which will allow Thar coal to provide the cheapest electricity to consumers. Commenting on the CSR work being done by the company in Thar, Mr Shaikh said that we are committed to making Islamkot an accelerated Taluka for attaining the United Nation’s Sustainable Development Goals (SDGs) by 2024.

Speaking on the occasion, SECMC Chief Operating Officer Syed Abul Fazal Rizvi said that the coal in Thar is called lignite which is ideally suited for producing electricity. With a cumulative thickness around 26 meters, there are enough coal reserves in Block-II to produce 5000 MW for the next 50 years,” Rizvi said.

He said that the full-fledged coal supply will start from 3rd quarter 2018 and the first electron will be generated from the EPTL power plant in December this year.

He reiterated the commitment to continue serving the energy sector of Pakistan and especially the people of Thar who shall be the real beneficiary of this black gold.

It is worth mentioning here that the Thar Coal Block-II project was expected to start electricity production by June 2019. The work on power plant having a capacity of 1,320 megawatts was underway in full swing. And, the power projects which are being completed as part of the China-Pakistan Economic Corridor (CPEC) project will be helpful in meeting the energy needs of the country. The Thar coal power project is also said to benefit the Thar and its people on a large scale and is expected to change the face of the area and develop it into a prosperous region.

Thar Coal Block-II project is among one of the largest energy schemes of Pakistan with a promised investment of $2 billion. The mine-mouth power plants of 330 megawatts each at Thar Coal Block-II are under process, which will fully capable of running 100 per cent on Thar coal.  And, mining of 7.6 million tonnes per annum of coal from the open-pit mine will reduce the coal tariff substantially.

ISLAMABAD: European Union (EU) Ambassador to Pakistan Androulla Kaminara on Sunday said that the EU has signed a memorandum of understanding (MoU) with UNHCR,...
Read more