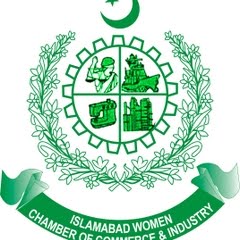 “All the women entrepreneurs agree to the developmental agenda of our new batsman who will put the country on the path of progress and prosperity”, she said.

In a statement issued here today, Samina Fazil said that women have voted for the success of PTI as they were certain that Imran Khan will take meaningful steps to empower them which will reduce poverty in the country.

She anticipated that the PTI government will take concrete steps to empower the women representing the majority of the population as they would extend all the out cooperation in realising the noble goals of the government.

Women should be brought into the mainstream and they must be included in the economic activities which will result in uplift of the social sector, she added.

Masses are fed up of those who relied on flowery statements and hollow slogans, now they want a change, therefore, they have voted PTI in power, she said, adding that those who believe in serving the masses will transform Pakistan into a developed and progressive state.

Lauding the efforts of Imran Khan in the eradication of corruption and bringing back stolen funds she demanded that Pakistan still have hundreds of billions of dollars abroad that should be brought back to fix the crumbling economy.

The nation is celebrating the victory of Imran Khan with zeal and enthusiasm and masses will support him in the journey to the national development, she said.