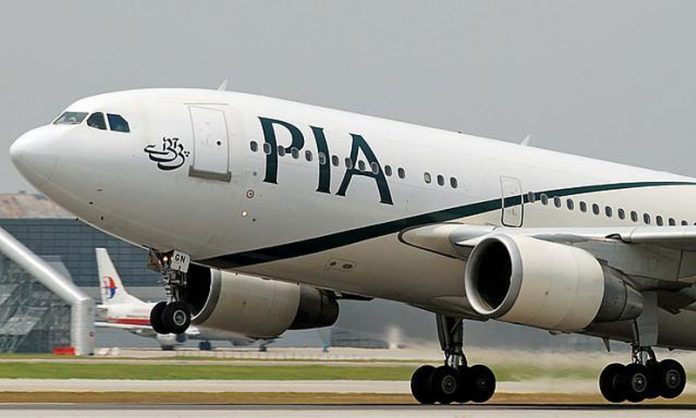 LAHORE: Pakistan International Airlines (PIA) faces a loss before tax of Rs54.2 billion for the eleven month period from September 2017 to July 2018, as financial woes continue amid reported mismanagement and interdepartmental conflicts.

Data available with Profit revealed a 29.13 per cent increase in loss before tax compared to Rs41.9 billion for the similar period of last year.

An official spokesperson of the national carrier while talking to Profit said that the revenue for the period has gone up, however, three major items have considerably increased losses.

“Fuel costs have escalated by nearly 34 per cent, the Pakistani Rupee devalued from a budgeted Rs110 to Rs131 for one dollar. It is now back to Rs125. Nearly 80 per cent of our expenses are in dollars which explains the escalation in operating cost,” he says.

“Thirdly the finance costs have increased due to added borrowing in order to overcome last year losses. The principal and the interest payments have escalated. We asked the Finance Ministry to take decisive actions to take care of our interest payments so that our balance sheet is relieved of the massive debt servicing that we have to take care of, but that has not come through yet. Right now all the debt servicing is done through our own revenue streams and cash flows.”

A report submitted by the national carrier in June in a suo moto case revealed liabilities of Rs406 billion on the companies balance sheets. “The balance sheet is now very weak with total liabilities amounting to Rs406 billion against assets of only Rs111 billion. Today, PIA is only able to continue operating due to the government’s financial support,” read the report.

However, notes allegedly written by the PIA finance department stated that the revenue should have been much higher than its current level because as per industry practises the impact of increase in fuel and exchange rate passes on to the customers. However, the management was unable to do that which has resulted in substantial losses amounting to Rs54.2 billion in a period of only 11 months.

The notes further claimed that the management’s claims of improvement in performance are baseless as even the loss from operations has increased 34 per cent YoY.

However, the PIA official claimed that the impact of fuel price was passed on but due to sales done in advance it didn’t reflect immediately in the financial statement. “Long haul high revenue sectors are sold 7 months before flight departure whereas fuel prices increase progressively. This trend has been visible in all airlines and their income statements reflect that due to which airlines like Emirates and Etihad are also now consolidating and cutting down on low margin routes,” he explained

.  “It is not an apple to apple comparison that all the impact of increased operational costs inflation is equally absorbed by ithe ncrease in revenues. It is not that simple especially with cost ridden organisations like PIA which are pinned down with heavy financial costs that increase every year.”

The official further said that the national carrier spent around Rs7 billion on engine overhauls in the current year and claimed that PIA’s operational efficiency has actually improved if overhaul costs are not accounted for.

Earlier the finance department of the national carrier seemed to be at loggerheads with the top management in the aftermath of a letter written to the chairman and members of board audit committee bringing attention to the allegedly biased behaviour of the management with the department.

However, sources close to the PIA management commenting on the condition of anonymity alleged that the finance department was purposefully creating hurdles in the transfer of financial records to the Auditor General of Pakistan (AGP). According to them, the AGP had asked the department to give assurance by signing the records before submitting them, which the department was reluctant to do so.The PIA finance team has also been under the scanner after a letter written by the AGP addressed to the national flag carrier, revealed discrepancies in the financial data of around Rs8 billion. PIA had received Rs31 billion from the commerce ministry but the management disclosed a sum of Rs23.565 billion.

The former PIA CFO Nayyar Hayat was removed from his position in the aftermath.

The PIA CEO Musharaf Rasool Cyan is also currently facing legal troubles with a verdict pending in the Islamabad High Court (IHC) regarding his appointment that was allegedly in contrary to rules and regulations. The IHC on Wednesday reserved its judgment on the matter.