IMC decides to launch Toyota Vios in Pakistan, Corolla GLi to be discontinued 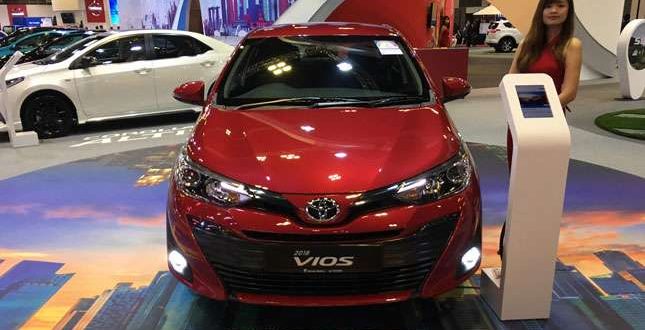 In September 2017, Pakistan Today had reported on a study commissioned by IMC on the Yaris and Vios variants, when company officials had claimed that they were not going to discontinue the Toyota Corolla GLi and the XLi as they were the most popular brands of the company in the country.

A source in Indus Motors claimed, “The company has finally decided to launch Vios in place of Corolla GLi and its top management has given the final approval.” “The management has rejected ‘Yaris’ as it was not viable for Pakistan’s environment,” he claimed.

According to the source, Toyota will launch the Toyota Vios by next year, most likely in December 2019. The company official declined to mention an exact date.

Toyota Vios is a compact-sized sedan powered with a 1.3L 4NR-FE petrol engine that produces 110 BHP having an option of 7-step CVT or a five-speed manual transmission.

Indus Motor has largely depended on Corolla XLi and Corolla GLi models for the last 17 years in Pakistan since both the models have been remarkably popular among the automotive customers.

After a mounting graph of Honda’s new City models and Suzuki’s Vitara and Cultus, the industry sources said, “The company is little perturbed and thinking to change its model which can compete with rival vehicles and regain its popularity in the Pakistani market again”.

In the replacement of Corolla GLi, XLi, new 1300cc Toyota models may be introduced. Dealers believe the new model will compete with the new Honda City.

Pakistan’s auto sales fell by 20 per cent year-on-year (YoY) in August 2018, showing signs of much-anticipated demand contraction in the auto sector. This is the first time that auto sales have declined in the first two months of a fiscal year (FY) since FY2014-15.

The main reasons behind the slowdown in auto sales in August 2018 were the lower number of working days due to Eid-ul-Adha, deteriorating macroeconomic environment, and the impact of a law requiring car purchasers to be filers.

Indus Motors (INDU) is still the best performer amongst its peers, but the company recorded 9 per cent YoY decline in units sold (compared to sector wide fall in sales of 20 per cent).

In the last two months, the company has sold 10,486 units, up by 3 per cent YoY. Sales are being led by Hilux, which continued its robust growth trajectory, going up by 23 per cent YoY. On the other hand, Corolla and Fortuner sales dipped by 12 per cent and 23 per cent YoY, respectively.

Honda (HCAR) witnessed a considerable decline with unit sales down by 15 per cent YoY to 3,961 units. In the first two months of FY2018-19, sales have declined by 3 per cent YoY. Variant wise, Civic and City fell by 12 per cent YoY while BR-V sales continued its dismal performance from the last month, falling by 32 per cent YoY.

A dealer said, “…customers are still demanding for small cars like the Vitz, and if Toyota does launch a smaller car they can compete with Honda and Suzuki in Pakistan. Otherwise, there is no future of big vehicles in Pakistan.”

After launching Toyota Vios in Thailand in 2017, the company is also going to launch it in India this year.